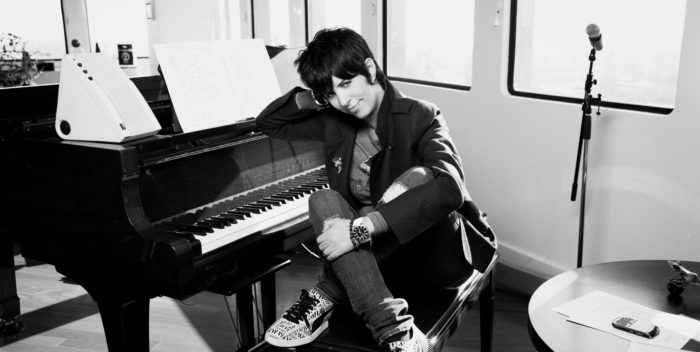 Diane Warren looks well on her way to garner her 13th Oscar nod with her “Somehow You Do” sung by Reba McEntire from the film “Four Good Days.”  She was recently honored with a way cool laser show with the Spotlight Award from Film Fest 919 in Chapel Hill North Carolina.

(Warren actually has two hats in the Oscar ring this year. She just received nominations frm the Hollywood Music in Media Awards: the Reba song, and “(Never Gonna) Tame You” from The Mustangs: America’s Wild Horses,” sung by Blanco Brown.

The Fest, founded by industry vets Carol Marshall and Randi Emerman, has just completed their fourth year, is quickly becoming one of the prestige festivals for filmmakers to showcase their works as the awards seasons gets into full swing.

“King Richard” and C’Mon C’mon” were voted as Audience favorites.  The Distinguished Screenwriter Award was presented to Sean Baker and Chris Bergoch for their “Red Rocket” a Cannes favorite.

Warren recently poked fun of herself on the ABC special “A Night At In The Academy Museum” where she walked through the Oscar Experience and was finally able to hold an Oscar Statue.  She recently joked to Showbiz411, “the Museum is amazing and I was so proud that I got to be the one ironically showing what it’s like to give an acceptance speech having not gotten near that stage to give an acceptance speech after 12 nominations! I joked at the end that I wasn’t going to give the Oscar back and there was a second there that I was going to walk out with that little gold man!  They had to pry it out of my hands!”

Kudos to Film Fest 919, their credo is ‘Catch The Films Before They Catch On’ and Hollywood is wisely catching on to them as a must stop on the awards circuit.