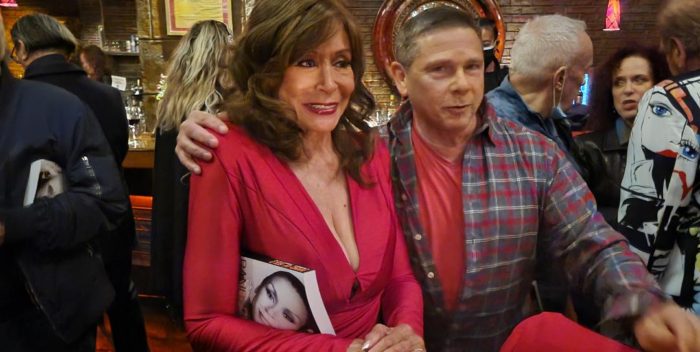 Freda Payne, looking sensational, did come to the Cutting Room in New York last night to celebrate publication of her memoir, “Band of Gold.” (She wrote it with Mark Bego.)

Even though her hits were mostly in the 70s, Freda has never stopped working for a minute. She has a new album out that should be nominated for a Grammy in Traditional R&B called “Let There Be Love.” (See the video below.) The album includes a duet with Johnny Mathis!

I asked Freda about her most important and political song, “Bring the Boys Home,” released in 1971 at the height of the Vietnam War. Even though it wasn’t written explicitly to be an anti war song it became one overnight.

“Richard Nixon sent Armed Forces Radio a letter telling them to play it, and they didn’t for a long time,” Freda recalled. “Ironically, the soldiers did hear it. And you can’t believe how many have come to me and said it the was song that got them through the Vietnam War.”

Some people feared the song would be the end of Freda’s career, but she continued making albums and touring without a break. She’ll appear at New York’s famed Birdland on November 22nd. If you listen to the new record, you’ll hear, she hasn’t missed a beat.