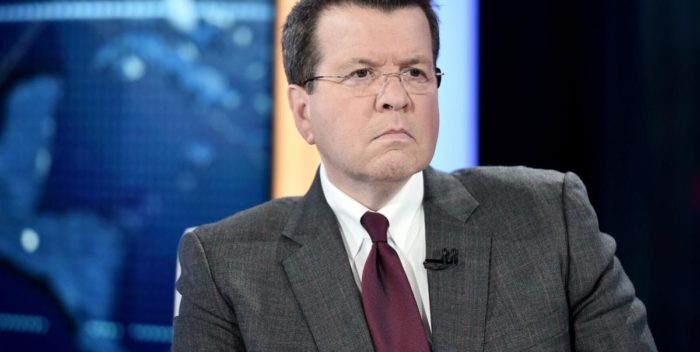 Hey, you ignorant Fox News viewers. Since yesterday every other network has reported that Neil Cavuto, a star of Fox News, was diagnosed with COVID. It’s serious because he has suffered from MS, multiple sclerosis, for 25 years.

But Fox News itself doesn’t want you to know this. They only just mentioned it in passing at the beginning of his show, when Charles Payne — a frightening looking Fox android– sent him a get well. Foxnews.com has not reported the news at all.

Why? Because Cavuto urged his viewers to get vaccinated. He said in a statement: “I hope anyone and everyone gets that message loud and clear. Get vaccinated, for yourself and everyone around you.”

Fox News at night goes on a rampage against the vaccine. Tucker Carlson, Sean Hannity, and the rest of those morons use whole hours to warn people away from vaccines– even though they are mandated by Fox News to be vaccinated as is everyone at News Corp.

While I’m somewhat stunned by this news, doctors tell me I’m lucky as well. Had I not been vaccinated, and with all my medical issues, this would be a far more dire situation,” Cavuto, 63, said in a statement.

Cavuto must be thrilled that his own company is trying to cover up his illness.