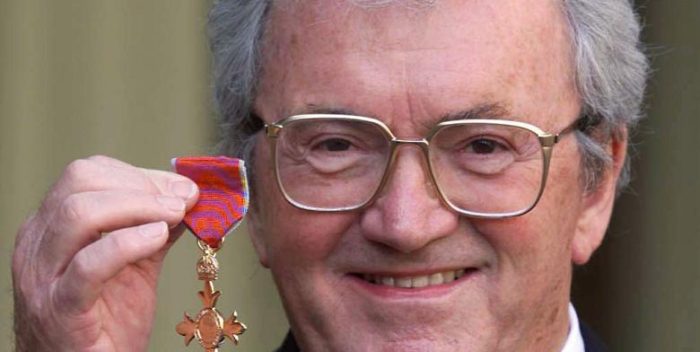 Leslie Briscusse co-wrote so many famous songs from movies, Oscar winners, nominees, chart hits and so on. He died on Tuesday at age 90.

His most famous pairing was with Anthony Newley (who was also married to Joan Collins for quite a while), but he wrote with others as well. They wrote several hit Broadway shows including “Stop the World I Want to Get Off” featuring the perennial “What Kind of Fool Am I?” That song won a Grammy in 1963. In 1968 he won an Oscar for “Talk to the Animals” from “Dr. Dolittle.”

Two of James Bond’s greatest hits, “Goldfinger” and “You Only Live Twice,” were his. So were the two famous songs from “Willy Wonka.” Both “Pure Imagination” and “Candy Man” were written by Briscusse.

Briscusse wrote several hits with the legendary Henry Mancini including “Le Jazz Hot” from “Victor/Victoria” in 1982. Briscusse had 8 Tony nominations and 5 Oscar nominations.

That we’re all still singing his songs, at least humming them, all the time, is a great legacy.

Here’s one of my faves of all time, one of the top 5 Bong songs: