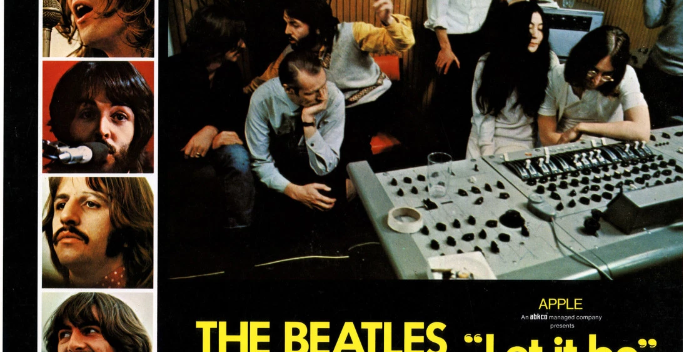 “Let it Be” was the Beatles’ final album in May 1970, but as we all know it was recorded penultimately, before their actual last collection, “Abbey Road.”

Now we have the 50th anniversary “Let it Be” box set, really 51st, to tie in with the “Get Back” documentary coming next month on Disney Plus. This is also the last of the Beatles big 50th anniversary boxes, after “Sgt. Pepper,” the White Album, and “Abbey Road.”

The Super Deluxe edition comes with 6 CDs including one Blu Ray. There is the original album remixed, and several discs of outtakes, plus a book — originally published in 1970 and now updated.

All of it makes for gorgeous listening, but the real prize in the box is the original mix by producer Glyn Johns. This is not the “Let it Be…Naked” album we got years ago, stripped of the ornamentation of Phil Spector’s final production. Johns, better known for producing the Rolling Stones, chose rough takes and made a much more intimate, bluesy album than anything we’ve heard officially of “Let it Be” over the years. It should quickly become a cult favorite. It’s the main reason to buy the Super Deluxe Edition.

It’s interesting because Johns, who obviously knew Billy Preston from his Stones work, used takes of songs like “Let it Be” and “Long and Winding Road” that featured the famed keyboardist. His take of “Across the Universe” leaves all the others in the dust — it’s a majestic rendering of Lennon’s underrated gem. Now the song holds its own with McCartney’s two knockouts.

The Glyn Johns mix has been available over the years on bootlegs and in different pieces. But now that Giles Martin has cleaned it all up, there’s a renewed excitement. I actually listened to the CD in car (12 year old Bose system). The separation and imaging were disarming. Billy Preston’s work on “Get Back” sparkles. There’s a tumble of cocktail ice in a glass before “For You Blue” that makes the listener feel we’re in on the creation. A long version of “Teddy Boy,” which didn’t make the final album but wound up on “McCartney,” gives Paul a gritty folk moment that feels like a step forward from “Rocky Raccoon.” And throughout, Ringo’s drums are astute and evolved.

There’s a lot more in this box including a 2021 remix of the “Let it Be” single, which was always different from the album version. The latter became the version used by everything, with George Harrison’s guitar solo. The single kind of disappeared over time.

Finally, there’s a two minute track called “Without a Song Jam,” which features Preston on vocals. It’s the only track in the Beatles history that one of them didn’t sing on. It pre-figures Billy’s massive early 70s hits that followed, “Nothing from Nothing” and “Will it Go Round in Circles.” Billy Preston was indeed the fifth Beatle.