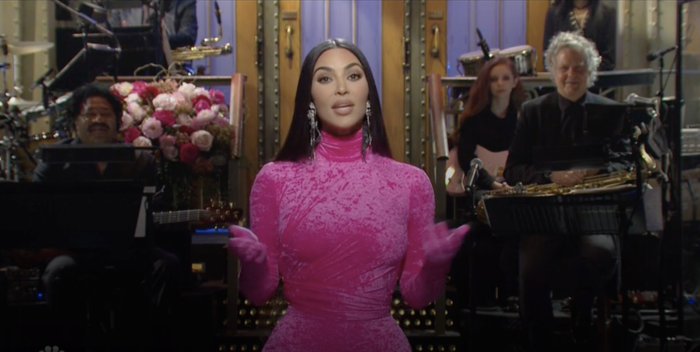 Kim Kardashian’s hosting of “Saturday Night Live” resulted in slight improvement over last week, 3.8 in the overnights. Last week was a  3.5 that resulted in 4.9 million final viewers. Not terrible but not the jolt the show needed.

Kim’s monologue is below. She cited her father, Robert Kardashian, who covered up OJ Simpson’s murders of Nicole Brown and Ron Goldman. Then Robert Kardashian defended Simpson as part of his dream team. A year after the acquittal verdict, Kardashian confessed that he had his doubts about Simpson’s innocence. No kidding.