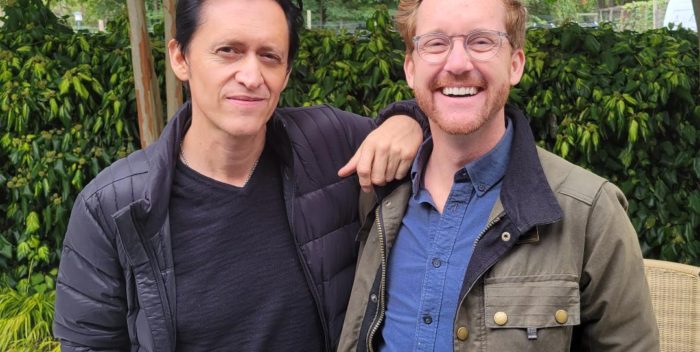 After months of inertia, we’re finally getting real Oscar movies. My full reviews are coming, but for the moment:

Penelope Cruz closed the New York Film Festival last night with Pedro Almodovar’s “Parallel Mothers.” This is my favorite of Almodovar’s films since “Volver.” Best Picture, Director, Screenplay and Actress should be in its future. What is set up as story of babies switched at birth becomes something far deeper and more profound.

Pedro has never been nominated for Best Director, which is a crime. Cruz, winner of Best Supporting Actress for “Vicki Cristina Barcelona” could actually win Best Actress this year. (She won Venice.) This is a performance of magnitude. Forget that Almodovar has filmed her again like Sophia Loren. Her beauty is stunning. But her acting matches it. The audience in Alice Tully Hall gave two real standing ovations.

Hamptons Film Festival this morning: Kenneth Branagh’s “Belfast” wasn’t at NYFF but it’s here, and it’s an enormous Best Picture player. Jamie Dornan, Catriona Balfe, and Dame Judi Dench are doing their best work. But it’s Branagh, known for Shakespeare and Agatha Christie, who finally has his breakthrough moment. Political and romantic at the same time, “Belfast” dances between the serious and the sublime. More to come, but I told you last year about “Nomadland” as a front runner, and this year it’s “Belfast.”

Clifton Collins, Jr., who made his name in “Capote” several years ago, is back with Clint Bentley’s “Jockey” playing Hamptons tonight. I saw “Jockey” last winter via Sundance and like many others, cited Collins’ extraordinary performance. Gold Derby and all the other prognosticators will do everyone a disservice if they don’t get on board with with Collins in this gem of a film.

The Hamptons Film Festival has blasted off, managing to screen very big films for great audiences who want to see films. All protocols are being observed. The Creative Coalition threw a lobster brunch at a private residence in East Hampton, and the Festival itself gave the annual luncheon at Nick and Toni’s where the owner, Toni Ross, also a terrific artist, signed her original festival poster — and got rave reviews.