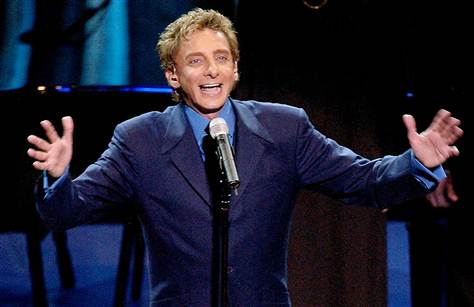 But we always knew Barry, Mr. Show Man, would wind up conquering Vegas, didn’t we? From the time he hit the airwaves with “Mandy” through “Copacabana” and “I Write the Songs.”

I just had the opportunity to see Barry do a soundcheck in Central Park for the now infamous rain-drenched “Welcome Back New York” concert. Nobody does it better.

Manilow is returning to Vegas October 14th with a bunch of shows, then more in 2022 and 2023. All the shows are at the legendary Westgate Las Vegas Resort & Casino.

“I love it there,” Barry told me.  “Westgate Las Vegas is my home away from home and I look forward to performing there for a long, long time.”

Elvis basically lived at the Westgate after it opened in 1969. At the time, it was the largest hotel and casino in the world. Thirty days after the opening in August,  it would become home his home away from home.

Elvis performed 837 consecutive shows at the International Theater over seven years with the theater often packed with stars like Cary Grant and Carole Channing. His last show was in December of 1976. Several months later in the summer of 1977, the king of rock and roll was dead.

No performer since then has played more shows. Barry will hit that mark in 2023 with his latest commitment. If you watched “Hacks” on HBO Max, you know that a casino booking one act like this is a big deal!

Tickets are on ticketmaster.com

Here are the upcoming dates, with more to come: