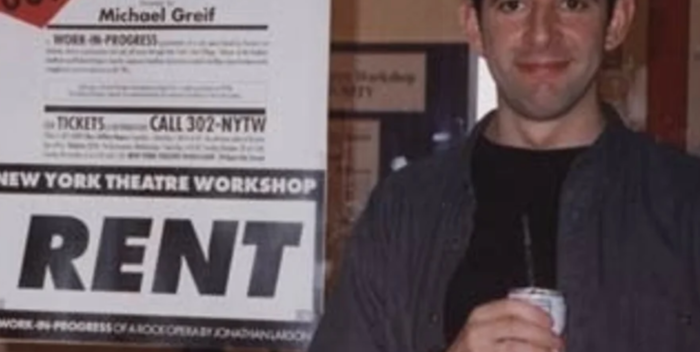 One of the worst things that ever happened in Broadway musical history was the tragic death of Jonathan Larson.

The creator and composer of “Rent”died at his home early in the morning of January 25, 1996, the day of “Rent”‘s first Off-Broadway preview performance. He suffered an aortic dissection, believed to have been caused by undiagnosed Marfan syndrome. He was just 35.

“Rent” went on to become an iconic international hit, winning the Tony and Pulitzer prizes. Twenty five years later, “Rent” has a cult following and plays all over the world all the time.

“Tick Tick Boom!” is the story of how Larson created and mounted the show. Andrew Garfield plays Larson, Lin-Manuel Miranda directed, and all the Oscar prognosticators are on this one.

BTW, the Moondance Diner was a cherished and lovely place that I ate at for years and years. It was demolished to make way for the ugly and useless hotel sitting there now, another story of New York real estate developer greed.