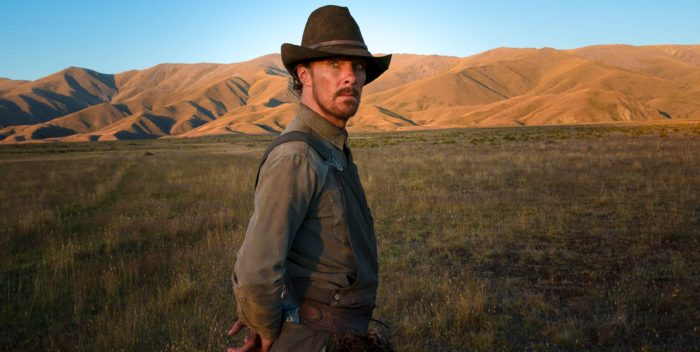 Benedict Cumberbatch has been in the hunt for an Oscar since we met him. He’s one of our premier actors from “The Imitation Game” to “12 Years a Slave” and a ton of great TV performances.

But BC’s performance as Phil, the central antagonist from Jane Campion’s “The Power of the Dog” should do the trick, it’s a fully realized creation of a disarming and unexpected character who powers an entire film himself. He’s like a nuclear generator.

Phil is one of two cowboy brothers in 1925 Montana, men who were raised in a wealthy ranching family. Phil is the vibrant one, Jesse Plemons’ stolid George is the less interesting, responsible brother. From the beginning, something is wrong with their relationship because George, who is always well dressed, can barely tolerate Phil. And Phil, a loner, is blissfully unaware of his brother’s contempt.

George marries Rose, a comely widow played by the incandescent Kirsten Dunst. If you think BC has been waiting around for an Oscar, Dunst was a child star who has gone her own way in a remarkable career. Rose is her best work ever: husband committed suicide, 20ish son is a wan “sissy” (Kodi Smit McPhee). Rose can best be described as someone who has landed in a place and she doesn’t seem to know how or why. She’s almost like a time traveler who lands on this Montana ranch in 1925 randomly. To quote David Byrne: “How did I get here?”

Well, everyone’s going to play the card they are dealt from a cult 1967 novel called “Power of the Dog” by Thomas Savage. Director Jane Campion has apparently plucked the details she liked from the book to construct a screenplay that works. (I’m told the book is even wilder.)

This is a combustible group, these four people, set against magnificent Montana mountains. Ari Wegner’s cinematographer is sumptuous (it’s a great season for landscapes) and Johnny Greenwood’s spare and kind of frightening score reminds a lot of his work in “There Will Be Blood,” which is a good thing.

“Power of the Dog” has been described elsewhere as “noir-ish,” which I guess it is. But it’s also as if “Brokeback Mountain” and “Legends of the Fall” had a movie made by Gus van Sant. With a touch of “Days of Heaven.” And these are also all good things. Campion hasn’t made a movie since 2009, she spent a decade on the great TV series “Top of the Lake.” Her movie achievements are legendary, like “The Piano” and “An Angel at My Table.” Campion likes to live on the cutting edge. The material she’s attracted to is the most unusual. Even when she confronted Henry James for “The Portrait of a Lady,” she made it her own. Nicole Kidman and Barbara Hershey are still resonating from that one 25 years later.

Cumberbatch told me last night at a small reception after the screening at Alice Tully Hall that he used “dream therapy” to create Phil. He and Campion worked on the character for a year. It’s a remarkable invention. I don’t know if a lot of people would venture into theaters for “Power of the Dog” but Netflix will put it at their feet, luckily. This is one time I’m happy to say you will be forced to watch this movie. It’s transcendent. And never boring. You may want to go back and study the clues of this psychosexual horse opera to understand the eventual twist.