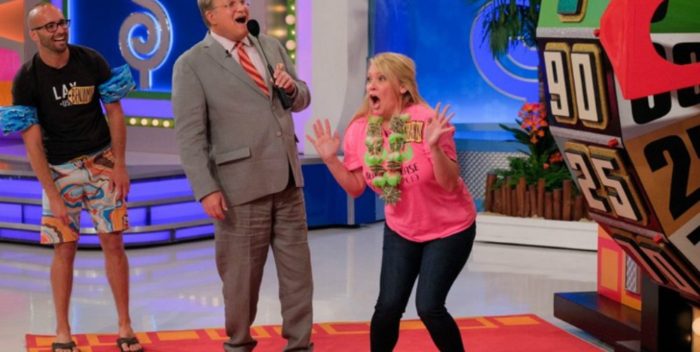 Not surprised, but “CBS Sunday Morning” ran a whitewash piece on the 50th anniversary of “The Price is Right” today. The former gem of the CBS News galaxy, “Sunday Morning” now is more and more prone to sloppy reporting, especially when it involves something in the CBS family.

The piece on “The Price is Right” completely ignored the many lawsuits that have transpired at the game show over the years, some involving former host Bob Barker. On top of that, the piece today failed to mention if Bob Barker is even alive or where he is. (Barker is 97, almost 98, and presumably tucked into a comfortable chair.)

Even weirder was the interview with current host, Drew Carey. The show lets Carey casually mention that he attempted suicide twice, at least once when he was 18. There’s no further information, and no details of his childhood, parents, family life, or his current life. But hey, he did try to commit suicide, and now he’s the host of a moronic TV game show.

The show has indeed been sued several times. In 1988, Former model and host Janice Pennington got knocked out unconscious into the “contestants row” by a camera.She was left with a shoulder an inch lower than the other and ugly scars that prevented her from wearing the trademark show swimsuits. In 2000, Pennington was fired with no explanation as to why. That same day, on-air assistant, Kathleen Bradley, was also let go following an October taping of the show. They both received financial settlements later.

Even worse: In 1994, model Dian Parkinson, who worked on the show for 18 years, sued the game show host for allegedly forcing to her have sex with him while she worked on the game show. Barker denied the accusation but admitted they’d had an affair from 1989 to 1991. In the lawsuit, Parkinson accused Barker of forcing her to have oral sex in his dressing room twice a week for almost four years. She claimed that at first, it was forceful, but then later coercion because she was scared she was going to get fired if she refused. She also explained that she had sex with Barker six to eight times out of the same fear. Parkinson eventually dropped the lawsuit, but it’s unclear if there was a settlement.

Ten years ago, executive producer Mike Richards was sued over pregnancy discrimination. That lawsuit and other complaints recently resurfaced when Richards named himself host of “Jeopardy!” He was eventually, recently, fired. But during his decade at the show, Richards was involved in discrimination lawsuits by former models on the show, including in a 2010 complaint by Brandi Cochran. She was awarded $8.5 million in damages; after an appeal, the case was ultimately settled. A later lawsuit with another model also was settled.