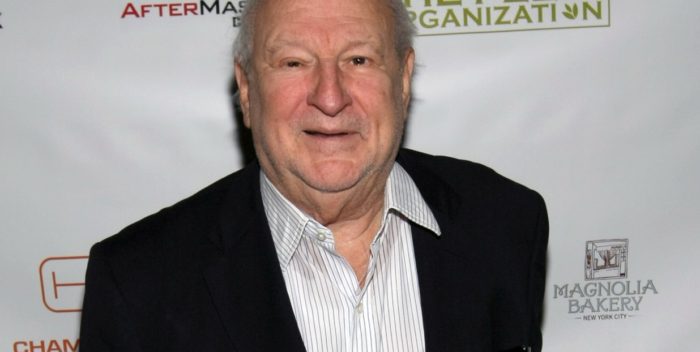 I am heartbroken this morning at the news of Bobby Zarem’s passing. All his friends around the world are. He’s gone to Elaine’s in heaven. We will miss him forever.

Bobby no angel. He was a scalawag and a scoundrel with a wicked sense of humor. He also loved theater. I can’t count the times he told me he’d just been to a show “for the seventh or eighth time.”

Bobby was the PR agent to the biggest stars, the biggest people, the biggest city. Despite being from Savannah, Georgia and having a slight Southern accent, he was a real New Yorker. Even in his later years, walking with a cane, nothing stopped him from getting around the city. But eventually he retired back to Savannah, where he put that city’s film festival on the map.

Indeed, when Bobby took over the Savannah Film Festival, all you heard about was stars and executives trooping down to the southern city out of respect for him.

So many stories about Bobby. But one in particular. Maybe it was his 70th birthday at Elaine’s. The joint was jammed, and the pay phone was ringing and ringing. Gianni, the head waiter and host, asked, “Rog, can you pick that up?”

I did, a voice that sounded familiar asked me if he could talk to Bobby. I said, “Who is this, please?” The voice, nasal and sharp, said, “Tell him it’s Jack.” It was Jack Nicholson. I pulled Bobby over from his celebration. “It’s Jack Nicholson,” I said. Bobby retorted, “Of course, it is.”

Bobby helped create the “I Love New York” campaign that saved the city. The song, the commercials. It was all generated by Bobby. When the campaign was finally done, he started another similar one using Denise Rich’s song, “New York, It Ain’t Over.” Bobby turned Denise, who’d been divorced from fugitive billionaire Marc Rich, into a name songwriter and stood her apart from the scandal of her husband. (This was well before the Clinton pardon.)

The way Bobby did this was to basically write Neil Travis’s column for the New York Post. Since Bobby and Liz Smith had a deep and long running feud, Zarem had no choice but to find another outlet for stories he needed to plant. Neil was his guy. They literally sat at Elaine’s and composed the next day’s column. There was Bobby waxing furiously about this or that and Neil with the long ash of his cigarette falling into his martini.

These guys were so instantly iconic that Al Pacino played him in a movie about him called “People I Know” back in 2002 directed by Dan Algrant. There had to be a Bobby Zarem movie, you know.

Bobby had lots of feuds. He notoriously fought with his own two brothers, Howard who was a very successful doctor, and Danny, a top businessman who was also very popular in the city and at Elaine’s. Bobby fought with Liz Smith, sending out fake invites — this was decades go — to her “wedding.” (She never spoke to him again.) Peggy Siegal got her start working for him, he later accused her of stealing his Rolodexes. (She denied it, sort of.) They never spoke again. Peggy told the Hollywood Reporter back in 2015: “He had the keys to the city,” says Siegal, who gave up a career as a fashion designer at 26 to work for Zarem. “He taught me how to do events: how to conceive an event, how to do a guest list, how to do press coverage, how to put myself in the guests’ place as they walked in, about the flow of traffic, about the availability of alcohol and food, room temperature, lighting, everything.” She added, “It was just a crash course in learning about the concentric social circles of the cultural elite in New York.”

But that’s how he lived. He was a big man, and larger than life. If he liked you he was loyal to a fault. I was lucky to be counted as a friend. In early 1999, Bobby hosted a birthday dinner at the China Club for the Mamas and Papas Michelle Phillips. He seated me next to two people who became my lifelong friends, DA Pennebaker and his wife, Chris Hegedus. We wound up making a movie together. Bobby changed my life forever. He did that with a lot of people.

Now an era has ended. But Bobby Zarem’s name and life will always be of legend. I can tell you, there was nothing like getting a handwritten invite from him to book or cocktail party at Elaine’s. That was the height of status when I was coming up in the 80s. And when you got there, the place was packed like a sardine can, huge crowds in both rooms, everyone cheek by jowl, with Bobby and Elaine commanding a main table that had, let’s say, just Robert Altman and Kurt Vonnegut, all the biggest name writers and Broadway stars. And Bobby glowing, waiting for his call from Jack.

Bobby, we love you. Fly with eagles. And don’t start any fights!