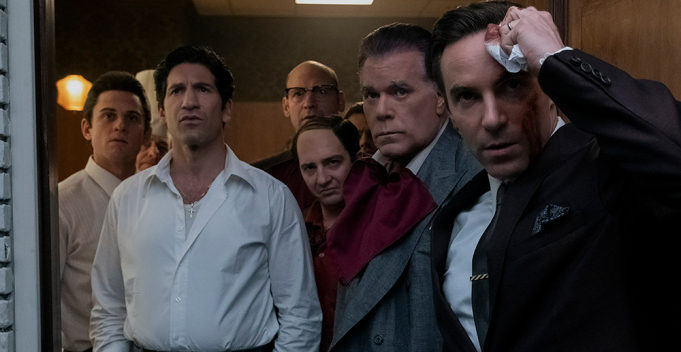 The day before “The Many Saints of Newark” is set to premiere in New York, the review embargo lifted. That’s very unusual. Warner Bros. is always so strict about embargo’s, you’d think “Many Saints” would have been held until after the premiere.

So far, on Rotten Tomatoes, the rating is 79. Not bad but not as great as what I’d heard from reviewers who’ve seen it.

Most of the reviews praise writer David Chase for creating a world before “The Sopranos.” Owen Gleiberman writes in Variety: “We want “The Many Saints of Newark” to spin a good yarn, and for the most part it does.”

Alex Flood of the NME says: “On the basis of this, David Chase has enough original ideas in his trunk to keep The Sopranos motoring down New Jersey’s highway for decades”