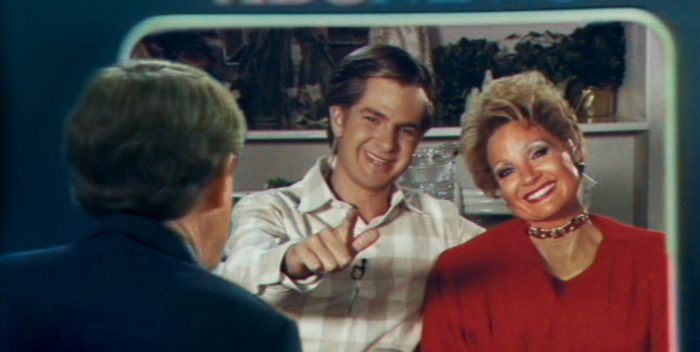 I haven’t seen “The Eyes of Tammy Faye,” but I feel like I have: Jessica Chastain, the star, has worked like crazy flying all over the world promoting it. Chastain, one of our best actresses, also produced it. She deserves five stars for pitching in.

Chastain has gotten uniformly great reviews for playing Tammy Faye Bakker, someone most us thought little about beyond “SNL” parody sketches. But Chastain saw a character she could play and make human in the televangelist wife of even weirder Jim Bakker (pronounced Baker if you’ve never heard this story).

Still, the movie itself has been a dud with critics. Our Leah Sydney really liked it, but many others didn’t including the New York Times. A.O. Scott wrote: “The Bakkers were many things to many people: appalling, inspiring, laughable, sad. This movie succeeds in making them dull.”

But Ann Hornaday wrote in The Washington Post: “The Eyes of Tammy Faye” gives viewers an absorbing, amusing and provocative chance to rethink yet another train wreck who turned out to be, of all things, human.”

Awards Radar said: “Jessica Chastain puts this one on her back and takes it across the finish line. ” And this one from USA Today: “It’s going to be tough not to worship at the altar of Jessica Chastain throughout this Oscar season.”

I agree, I think Jessica Chastain deserves an Oscar just being Jessica Chastain. But Searchlight, which is now part of Disney, is only releasing “Tammy Faye” into 470 theaters this weekend. That’s a small release, which is surprising to those of who’ve watched Chastain in the media. She deserved a bigger throw, I think. Still, if they do well they can always place it on Disney Plus or Hulu. I will catch up with it just to see Chastain and co-star Andrew Garfield sometime this next week.