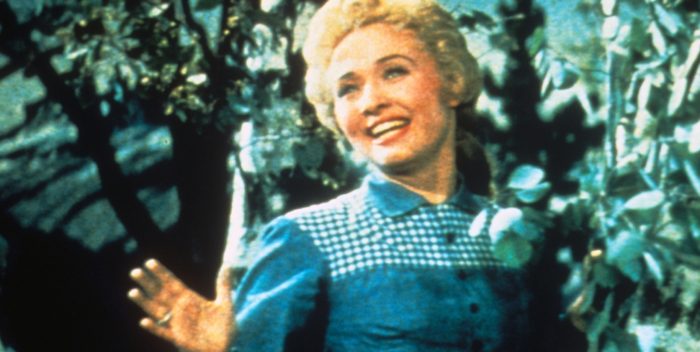 Jane Powell, maybe the last of great Hollywood musical stars, has died at age 92 at her home in Wilton, Connecticut.

Married five times, Powell was a superstar of the movie studio contract era, an MGM queen. She was a screen star, a Broadway star, and a TV star late in her career between commercials and appearances on shows like “Law & Order.”

For a decade, between 1948 and 1958, when there were just three TV channels and movies, you could not get away — and wouldn’t want to — from Jane Powell on screen. Three of her films were with the Steven Spielberg of Hollywood musicals, Stanley Donen, including “Seven Brides for Seven Brothers.”

She segued into theater work from 1958 through the mid 70s, capping her career with “Irene” on Broadway for six months in 1974. In the late 50s she also had a successful recording career.

Even though Powell had only one Broadway credit, the League of Theaters should dim the lights for her. Those film musicals in the 50s fed the popularity of Broadway for the rest of time.