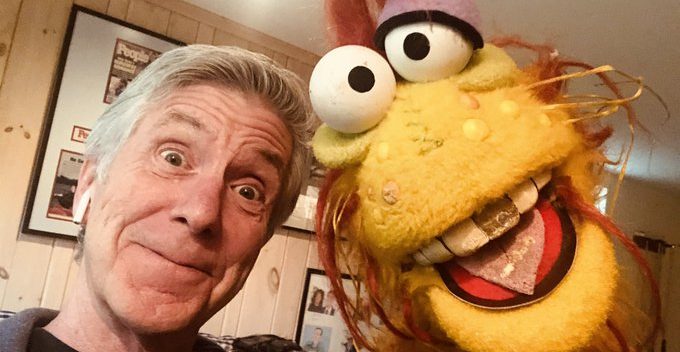 He wasn’t fired for cause, let’s make that clear.

ABC, panicking over Black Lives Matter and representation, tossed Tom Bergeron from “Dancing with the Stars” at the end of the 2020 season. He was replaced, after 15 years, by Tyra Banks in July 2020. He Tweeted at the time:

will be continuing without me. It’s been an incredible 15 year run and the most unexpected gift of my career. I’m grateful for that and for the lifelong friendships made. That said, now what am I supposed to do with all of these glitter masks?”

Bergeron, incredibly popular with everyone, remained mum for more than a year. But now he’s fessing up on social media.

A fan Tweeted him this week and asked: “Tom why did you leave DWTS your replacement is horrible. I will not watch the show till you return. I’m sure I’m not the only one that wants you back.”

Bergeron responded: “I had to leave. It’s really awkward if one sticks around after being fired.” Three days earlier, he’d responded to another irate fan by saying: “Thanks, altho I had to leave. They changed the locks”

(What a terrible place ABC put Banks in, replacing someone popular with high ratings for no good reason. She also deserved better than that. She suffered a massive ratings drop in the fall of 2020 when the show returned without Bergeron and Erin Andrews. The new season begins on September 20th.)

Bergeron also Tweeted that he just finished a guest spot on a sitcom on NBC. He wrote: “One project (the hosting gig) is awaiting an anticipated green light. Next week, tho, I’ll be shooting a guest spot on a new sitcom. I’ll see if I can be less of a tease with that one” Earlier in the summer he’d teased:

Here’s a bit more info: “Shot a pilot in June for NBC (I swapped the “A” for an “N” ). Had a great time with some great people. Hope to be less cryptic soon.”
So Bergeron will be back on our screens soon. His non compete clause must have ended. He’ll be welcomed back. Showbiz is a tough business, and TV is the worst. There’s rarely any loyalty between networks and talent.  We’ve seen it a hundred times before. But no one remembers network exec’s names, there are no fond recollections of them among the viewers. The talent lives on.