For iTunes this can’t be good news. 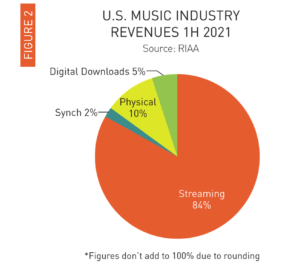 According to the RIAA, streaming has been 84% of all revenue so far this year. Digital downloads only 5%. Physical sales of CDs and vinyl are actually 10%, more than than digital downloads.

This means that the downloading world is over. People don’t really care if they own the new music or not. Fans are not clutching albums to their bosoms or studying liner notes on CDs.

This is evident from the stories I’ve been telling you lately about Drake and Kanye West. They’ve sold hundreds of thousands of streaming equivalent copies of their new music and no downloads. And they have no CDs.

The music now is disposable. And the CD/LP number being higher than downloads is important. That’s for legacy artists, box sets, the stuff people do or did care about, what they want to say they “own” because it matters. The rest of it, which is largely rap and hip hop, is fine on a subscription service.

That’s good news for Spotify, Apple Music, Amazon and the others. They’re providing the entertainment. For people my age, it’s a mystery. And no one cares anyway what people over 40 or 50 think. It’s about kids pressing play on their phones over and over on the Spotify app.

Subscriptions are up, up, up, too. And revenue in the record biz is also trending up, up, up. 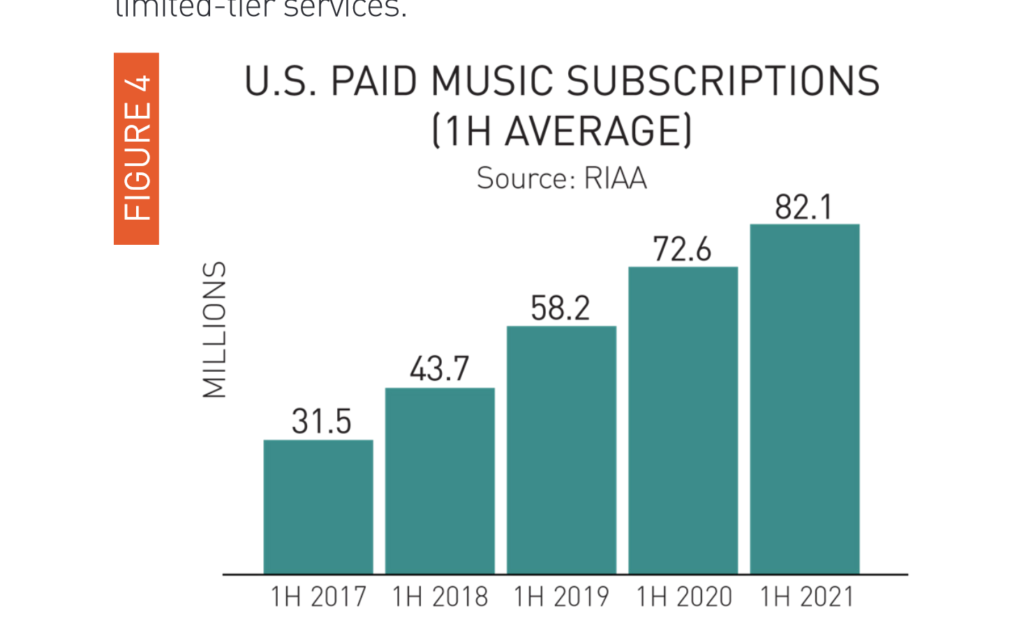