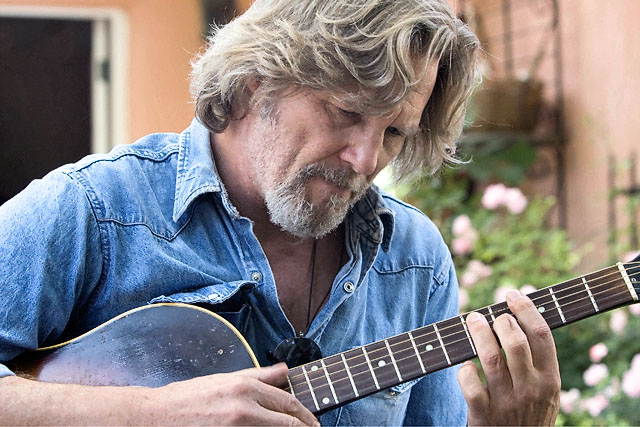 We are all human.

Actor Jeff Bridges has revealed today on his website that last January, while getting chemotherapy, he was exposed to COVID and got it. He and his wife went to the ICU. He spent five weeks there.

Bridges was going to publish a note about this last March, but decided not to until everything was under control. Today, he published an update and a link to the unpublished post from March 28th.

He says his cancer is now in remission. The tumor has shrunk “to the size of a marble.”

Bridges says he is still on oxygen assistance, although he was able to dance with his daughter at their wedding Oxygen Free. He is also shooting a mini series for FX called “The Old Man.” How he’s doing that, I don’t know.

He says the sound of oxygen machine reminds him of Darth Vader. He writes:

“COVID kicked my ass pretty good but I’m double vaccinated & feeling much better now. I heard the vaccine can help folks with Long Haulers. Maybe that’s the cause of my quick improvement.”

You can read all about it here, plus there are drawings and some sound effects.

Jeff is beloved as the star of “The Big Lebowski,” but his career has been so much more than that including his Oscar turn in “Crazy Heart.” He has dozens of great performances, millions of fans and people rooting for him. It sounds like 2021 has been a miserable year for him. Let’s keep him in our prayers.