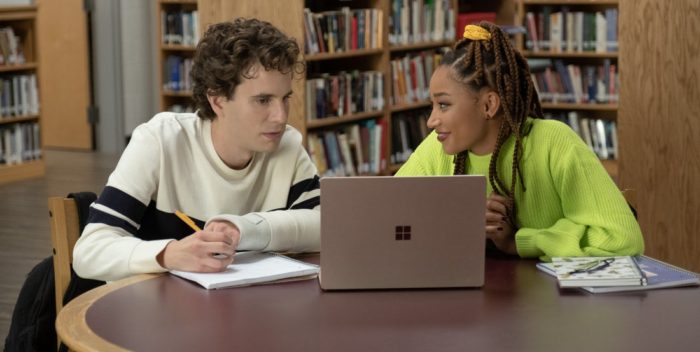 I’m not in Toronto, and the opening night film, “Dear Evan Hansen,” is not available digitally to press outside of Canada.

From the tenor of the reviews coming out of there tonight, I guess I know why we can’t see it– and why it’s been so difficult to screen.

The early returns are not promising. Problem one is Tony winner Ben Platt, who is too old to play high school student Evan on screen. Problem 2 is the show, which on Broadway you could get away with but in a movie the premise doesn’t work.

When I saw the musical on Broadway, I didn’t understand why it was so popular. To me, Evan — who lies to everyone about a dead kid having been his bff — was a villain. But audiences embraced him as did the people of the town he lived in. And the show took off, and won Tonys.

Tonight, Evan is being found out in Toronto. The movie seems very divisive. Will update accordingly if things get better.

One quote, from Theatermania: “Film is a different story – it’s “real” real. Evan’s actions, which we sort of shrug off after seeing it on Broadway because they’re presented with hints of ambiguity, are truly grotesque in celluloid. He’s a Machiavellian villain in a story where he’s written to be the hero.”

Alison Willmore, of Vulture: “DEAR EVAN HANSEN: If there were any chance of making this character look like something other than a monster, it rested on emphasizing his raw youth, which makes the casting of an OBVIOUSLY GROWN MAN JUST HUNCHING HIS SHOULDERS an act of sabotage that’s near avant-garde “