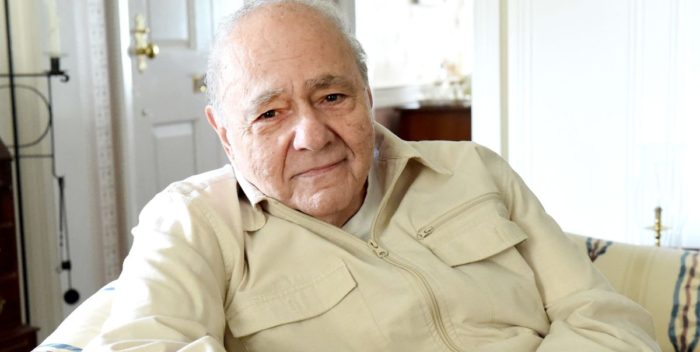 Michael Constantine is the legendary character actor who played the ultra sympathetic principal on “Room 222” back in the day. He won an Emmy Award for his work there in 1970. Thirty two years later he was a star again as the father in “My Great Big Greek Wedding.” He died yesterday at age 94.

Constantine whether young or old always made his characters seem wise and understanding. He was also very funny. He was Greek American but really he was all American, born in Reading, Pennsylvania in 1927. But he always seemed like an old soul, and in touch with his roots. He was the kind of journeyman actor that makes Hollywood work. He was in every TV show, and you’d always say, That guy, I love that guy.

Constantine also had his own short lived series in 1977, called “Sirota’s Court.” Before “Room 222” he was in dozens of series in the 60s, too including “Perry Mason,” “Gunsmoke,” and both “Dr. Kildare” and “Ben Casey.”

Rita Wilson, who produced “My Big Fat Greek Wedding,” posted a lovely tribute to Constantine on Instagram. I include it here.