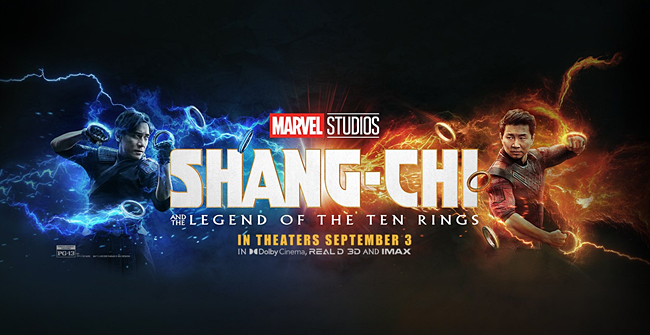 For Marvel, it’s a low number for weekend sales, but the good news outweighs the not so bad. “Shang Chi” ranks at the low end of Marvel openings, but who cares? It was never going to be “The Avengers” or “Black Panther.”

By mid week or late in the week it will cross $100 million. Who can say that isn’t a massive success? Believe me. if “The Suicide Squad” had gotten those numbers, there would be a ticker tape parade down Broaday.

The rest of the weekend box office is watery and not of much interest. I keep getting updates on something called “PAW Patrol.” And all the quality movies like “Stillwater,” “Flag Day,” and even “Respect,” are dead. Muerte.

Tomorrow is Labor Day and then welcome the Oscar movies, blockbusters, and so on. We’re ready!