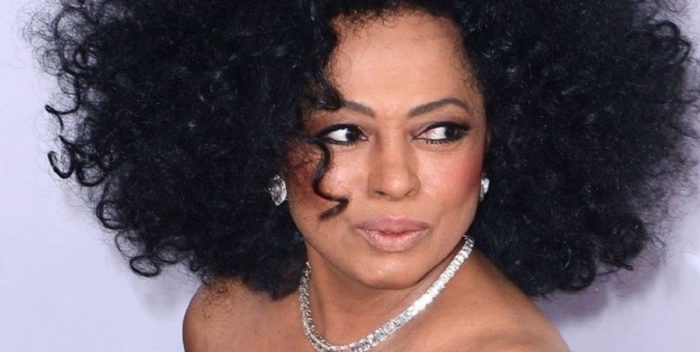 Here’s the weird story of the day.

Diana Ross’s biggest hits with the Supremes were written by Brian & Eddie Holland, and Lamont Dozier.

And then Nick Ashford and Valerie Simpson.

And her solo hits came from Lionel Richie, Marvin Gaye, and Nile Rodgers.

Now, at the age of 75, Diana has discovered she’s a songwriter. Or rather, if you stick your name on a bunch of songs you’ll get publishing royalties.

Celine Dion’s late husband, Rene Angelil, understood this concept 30 years ago or more. He made every songwriter who landed a number on Celine’s album give up a portion of the royalties and credit. That’s how Celine got rich.

Only songwriters get paid royalties when a song when is played on the radio. Performers get zilch. There are a few singers who are smart enough to embrace this extortion but of course they’re protecting themselves. Legislation is introduced every couple of years for a performer’s royalty on radio, but then radio squashes it like a bug through lobbying.

So Diana has a new album coming November 5th full of generic songs written by teams of people with her name at the head of the list. Today she dropped one, it’s ghastly, called “If the World Just Danced.” Here’s the group of people credited with this atrocity: Aliandro Prawl, Andre Pinckney, Scott M. Carter, Amy Wadge, Vanessa Wood & Jaquetta Singleton. And Diana.

Stop me if you’ve heard enough.

Please, Ms. Ross, Do you know where you’re going to? Do what you do best: SING with that beautiful voice, great songs, not this.