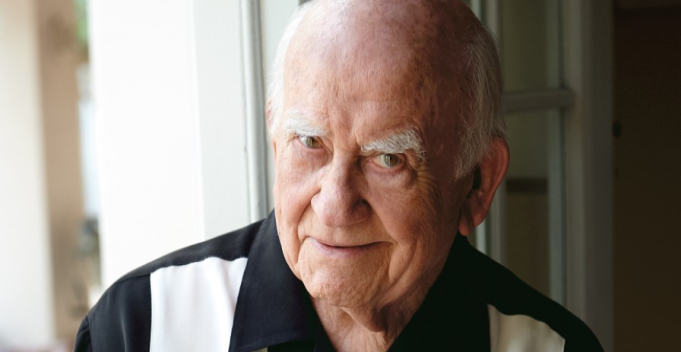 God Bless Ed Asner. The beloved actor and activist has died at age 91.

Asner will be known forever as Lou Grant, the crusty TV producer and then newspaper from “The Mary Tyler Moore Show” and from it sequel, “Lou Grant.” But he had a long career before and after Lou, and won kudos for many roles including the animated film, “Up.”

He won 7 Emmy Awards and was nominated 9 other times.

Condolences to his family and friends. Now all but Betty White, improbably, from “MTM,” are gone. Ed’s family posted to Twitter at around 1:45pm this afternoon. “We are sorry to say that our beloved patriarch passed away this morning peacefully. Words cannot express the sadness we feel. With a kiss on your head- Goodnight dad. We love you.”

I had many, many encounters with Ed over the years. Back in 2014, Ed came up to Fairfield, Connecticut to Sacred Heart University for a Sunday afternoon Q&A, where he was his usual jovial and gruff self. But there were plenty of other times, too, and he always so effusive and interested in talking about politics and show business. A lifelong Democrat, he was voluble on liberal subjects. He was a vocal member of the Screen Actors Guild, and his influence was key to their every election. He was president of SAG from 1981 to 1985.

He was also outspoken about US affairs, and considered the cancellation of “Lou Grant” was linked to his public criticism of the Reagan Administration. (He was right. The show was high rated, but CBS scuttled him.)

Anyway, there are myriad interviews and accounts of Asner’s life. He was a giant, and he will be sorely missed.

The crazy thing is he will be remembered for this exchange with Mary Tyler Moore on the first episode of their sitcom.