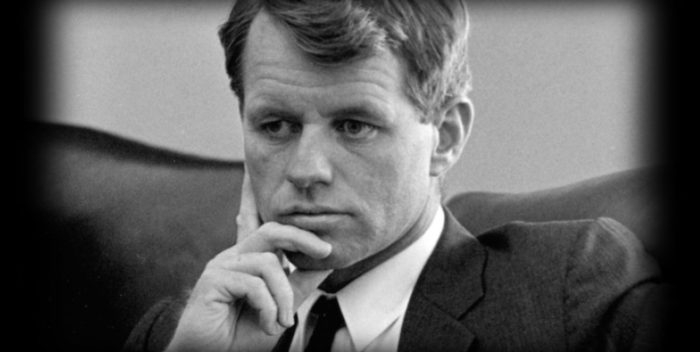 I was more than shocked on Friday, and maybe you were too when Sirhan Sirhan, the man who assassinated Robert F. Kennedy was recommended for parole. To make matters worse, Robert Kennedy Jr., the loony toon who opposes vaccines, wrote a letter supporting his father’s killer.

But now cooler heads prevail. Rory Kennedy, RFK’s sensible and talented filmmaker daughter, has organized her siblings against the parole. She writes on Twitter that the level headed children of RFK will challenge the decision. She writes, in part: “We are in disbelief that this man would be recommended for release.”

I am, too. What Sirhan did was unforgivable. He can never be paroled. It would be one of the most horrifying acts of a broken legal system. For Robert Kennedy Jr and his brother Douglas to endorse such a thing just shows how horribly warped they’ve been by the violence of Sirhan.

So this is a Kennedy Civil War. But we know what side we’re on. The sensible RFK children have broken with Robert Jr. over his crazy vaccine stand, among other things. Everyone should remember that Robert’s second wife, Mary Richardson, from whom he was “estranged,” hanged herself in their Westchester County, New York barn. Let’s get a grip on what’s going on here. For his anti-vaxx stance, Robert Jr. is barred from posting on Instagram. He is not playing with a full deck.

I’ll tell you who’s really responsible for this sick turn of events: LA County District Attorney George Gascon. He didn’t turn up and send anyone to the parole hearing for Sirhan. He should be fired immediately. Disgraceful behavior.

Here is the letter from Rory and her siblings. 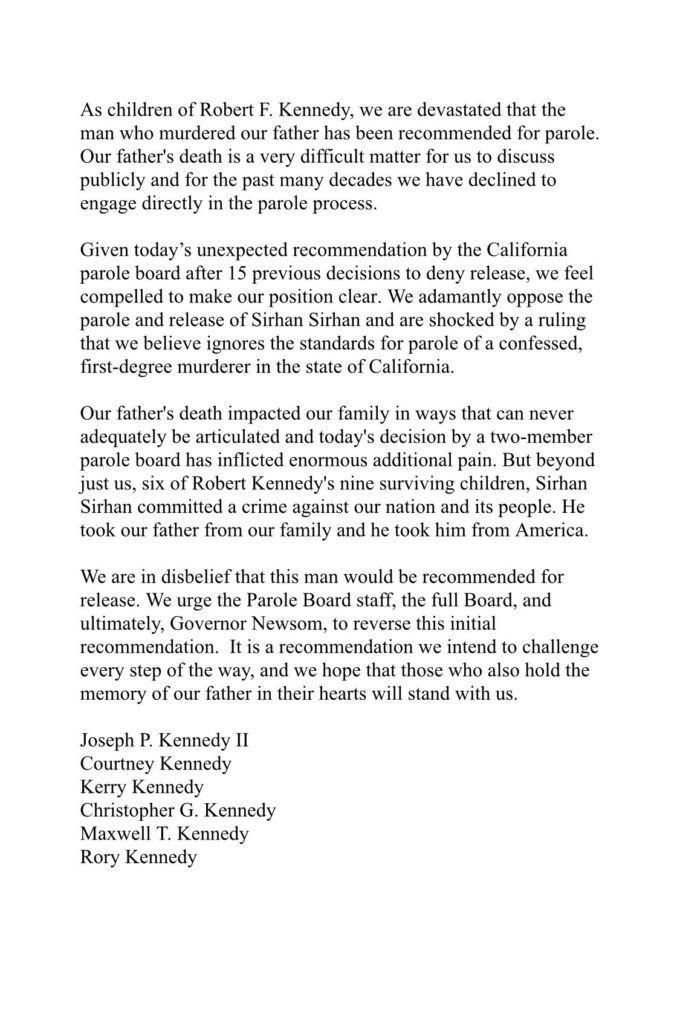