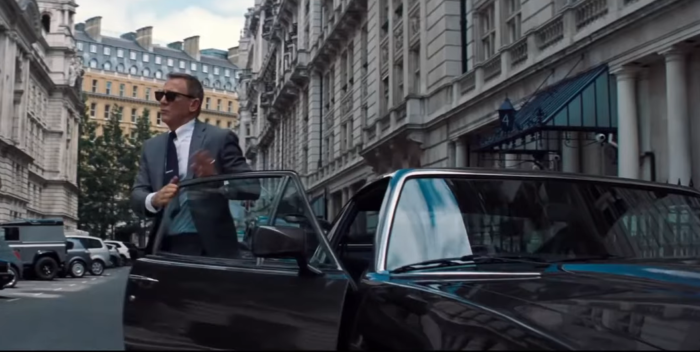 After waiting and waiting for “No Time to Die,” MGM is making US wait some more.

The American premiere for the last Daniel Craig James Bond movie is October 8th. But on September 28th, the movie will unfurl at both London’s Royal Albert Hall and the Zurich Film Festival.

Not the New York Film Festival, mind you. And Americans will just hear about all this from across the pond. Very odd.

Of course, Bond is British so London gets to see the movie first. But Zurich? And will the cast fly back and forth from the UK to Switzerland on opening night so they can do press in both places? There may be No Time to Fly!

Well, the new MGM is handling all this, the studio which still hasn’t been subsumed into Amazon despite their big announcement in May. Their Aretha Franklin movie “Respect” is losing 600 screens this weekend, and heading to $30 million write off. Sean Penn’s “Flag Day” expands this weekend to 48 theaters but will never see a wide release, or even semi-wide at this point. Why these two films weren’t held until the fall for Oscar buzz is beyond me.

So we wait until October 8th for James Bond and Daniel Craig’s last waltz. Crossing fingers it’s a great one, and then looking forward to what comes next from producers Barbara Broccoli and Michael Wilson.