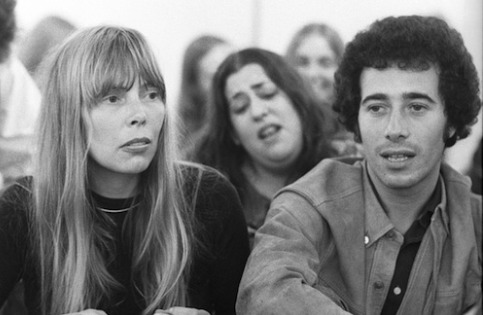 For people of a certain age, who love music, we are going through our golden period. I never thought I’d be Living in the Past so much but it’s fun.

Besides all the Beatles news this morning comes more info about Joni Mitchell reissues. There’s a big Archives. Vol. 2 coming in November which looks back at Joni’s Reprise years, 1968-71. Now, in addition to that, there’s a separate box set of Joni’s Carnegie Hall debut in 1969. This “Chelsea Morning” comes from that collection.

Now, follow this: the whole Carnegie Hall concert will be in the CD box set. But if you love it, you can get the Carnegie Hall concert as a special LP set on white vinyl. You know, Rhino Records is going crazy making all this Joni stuff extra great. If you get the white vinyl set, white doves fly out of the package as well. Graham Nash comes a day later and picks them up in a VW bus. (Just kidding.)

But doesn’t this video sound sparkling? Joni wrote this song when she lived on West 16th St. I’ve lived six blocks away for decades and the only song I wrote was a comedy rap record about my landlord. No one is reissuing that!