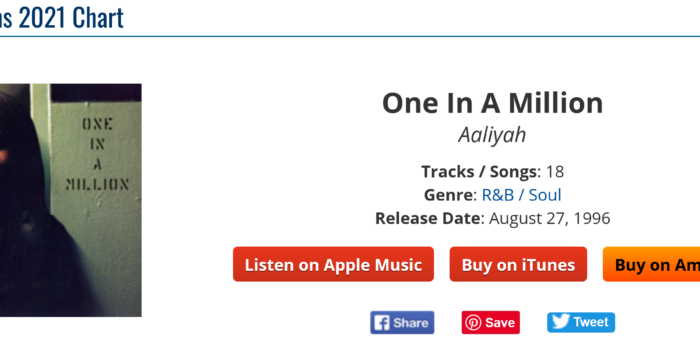 Next Friday, August 27th, is the 25th anniversary of Aaliyah’s classic album, “One in a Million.”

Today the iconic album has shot to number 1 on iTunes as it’s re-released. This is also the the first day it’s been available on streaming services.

“One in a Million” was lost in a tug of war between Aaliyah’s estate and her manager, Barry Hankerson. But a deal’s been cut, at least for the moment, to honor the anniversary.

In a weird coincidence of the universe, R Kelly is also on trial in Chicago. When Aaliyah was a teenager he married her. She was under age but finally, famously, got away from him. She died on August 25, 2001 in an airplane crash, at age 22.