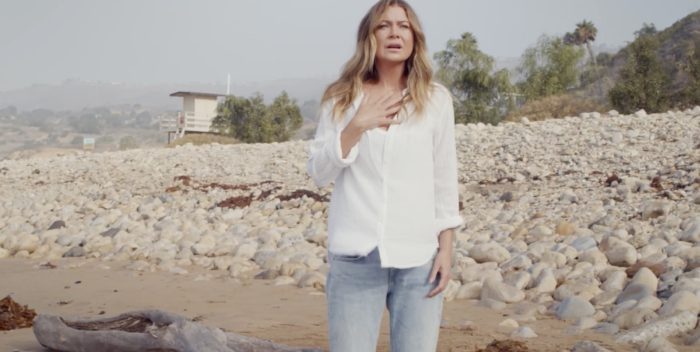 “Grey’s Anatomy” is very strange, but the one bright spot was always Kate Burton. The award winning actress daughter of Richard Burton played Meredith Grey’s mother, Dr. Ellis Grey, at the beginning of the series. Her character was killed off at the end of Season 3.

Fifteen years later, Ellis Grey is coming back. Come on, it’s a soap opera! They do this all the time on daytime. Anyway, “Grey’s” has hired another ‘real actor’, Peter Gallagher, for the storyline. He’ll play Dr. Alan Hamilton, maybe Ellis’s lover in the past, maybe Meredith’s real father. Gallagher is 66, Burton is 64, Pompeo is 51. It works on TV.

Gallagher is one of those great journeyman actors who should be a bigger star than he is. He has a 1986 Tony nomination for “Long Day’s Journey Into Night.” He’s been much in demand over the decades, known for Mike Nichols’s “The Real Thing” by Tom Stoppard among other plays. His other credits include “Guys and Dolls,” “On the Twentieth Century,” a long run in “Noises Off,” and so on.

On TV, Gallagher is currently in the 7th season of “Grace and Frankie” with Jane Fonda et al. He had a great run on “Law & Order SVU” in recent years.

Meredith Grey had a father, Thatcher, played by Jeff Perry, who went on to wild success on “Scandal.” (He was married in real life to Laurie Metcalf and is father of “Young Sheldon” actress Zoe Perry.) Thatcher was not liked, left the show for a long time, then was brought back and killed off a couple of years ago on “Grey’s.” Since all of Meredith’s romantic partners are dead or gone, her parents and half-sister are gone, she has no family. So why not give her a father?

Note: if Gallagher’s Hamilton had an affair with Ellis Grey and is Meredith’s father, then Lexie, her dead half-sister by Thatcher, is no longer related to her. And Hamilton’s family would bring new characters to the 18 year old show. This is classic soap opera storytelling, you know.