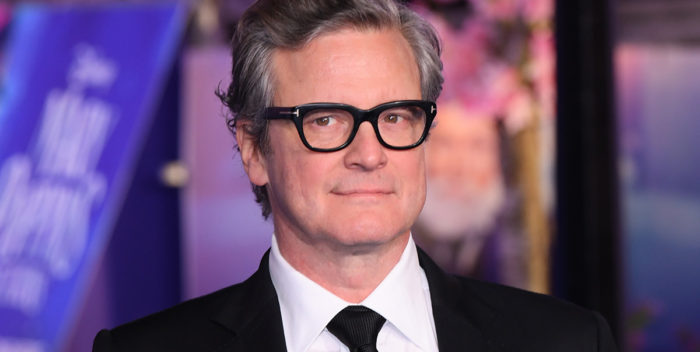 UPDATE Nancy Nydam writes: DPH does not have any outbreak reports from a film set, and specifically nothing from “The Staircase.”

EXCLUSIVE If you’re in showbiz working on a TV show or film in the state of Georgia, you are sunk. The Georgia Film Commission tells me they do not track COVID cases or report them to the Georgia Department of Health.

“We don’t track that information, unt-uh,” said Mary Ann Lamonica, of the Georgia Film Commission when I asked her this morning. Nancy Nydam, Communications Director for the George Dept. of Health, is so far not responding to emails or phone calls. (If there’s a response, we’ll update immediately.)

Nearly 30 productions are working in Georgia right now including “The Staircase,” an HBO miniseries starring Colin Firth. I reported last week that Firth contracted COVID on the set. Now I’m told that he got it from a crew member who lied about being vaccinated, and even showed a fake vaccination card.

Lamonica also refused to share the name of the COVID supervisor for “The Staircase.” The supervisor listed on the imdb told me he left the show some time ago and didn’t know who replaced him or what was going on there. “The Staircase” also stars Toni Colette and Dane DeHaan.

According to my sources, Firth spent at least a week in the hospital and was quite ill. The series shut down, then shot around him. It’s unclear if he’s recovered or is back to work. (If anyone knows more and wants to contact me confidentially– the email is showbiz411@gmail.com.)

Despite Georgia making it difficult for people to vote, Hollywood has not stopped spending money there. Now the question is, will productions risk their cast and crew’s lives as the COVID rate soars? Yesterday, according to the state’s website, there were 440 new cases in the peach state. On June 13th, just two months ago, there were only 23.

The fact that the Georgia Film Commission doesn’t track COVID at all is alarming. Other shows and movies shooting there include Tyler Perry’s new “Madea” movie, Michael B. Jordan in “Creed III,” “Black Panther 2: Wakanda Forever,” and the final season of “The Walking Dead.”

I’m getting emails and calls from sets around the country regarding COVID. If anyone has any information, again the email is showbiz411@gmail.com. Please, everyone, get the vaccinations right away.