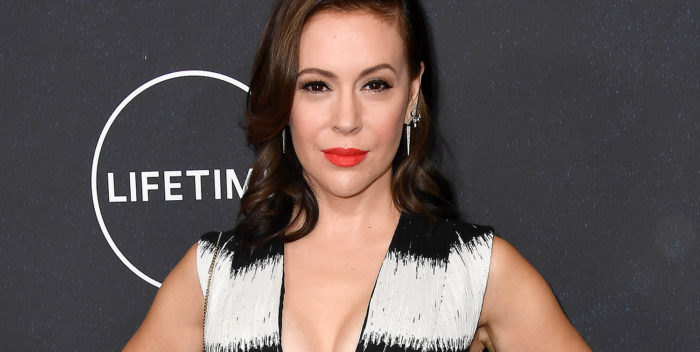 It’s hard to imagine a worse scenario– driving with someone who has a heart attack or stroke and loses control of the car.

That’s what happened yesterday to actress-activist Alyssa Milano in Los Angeles. Her Uncle Mitch became ill and Milano managed to steer the car to safety. It must have been incredibly frightening.

Now she says in a series of Tweets that Uncle Mitch’s recovery is uncertain.

In a press release the police saidMilano’s uncle was driving a Ford SUV when he drifted into another lane, hit another vehicle and “started to have an unknown medical issue (possible heart attack),” the report said. “With the assistance of a Good Samaritan, they were able to bring the Ford to a stop in between the #1 and #2 lane,” the press release added.

“Yesterday, my family suffered a terrifying and traumatic event. I was a passenger in a car my Uncle Mitch was driving when he suffered a serious heart attack, resulting in a car crash. I am grateful to the people who stopped to help us.

I’ll never be able to thank them enough for the care and attention they, along with the first responders, doctors, nurses, and staff at UCLA Medical Center paid to him and to me.

Uncle Mitch is such an important part of our family. He’s with us every day, spending time with my children and present in every meaningful part of our lives. He’s still in the hospital, and we are unsure if he will recover

I hope that you—and especially you in the media—will afford him and my family the kindness of privacy as we move through this incredibly painful time.

Please, take this as your inspiration to get CPR certified. You don’t know when you’ll be called upon to save a life. The American Red Cross and many hospitals and other organizations offer regular classes. It’s such a small effort and can have a huge impact.”

So send prayers and good thoughts to Uncle Mitch and the whole family!