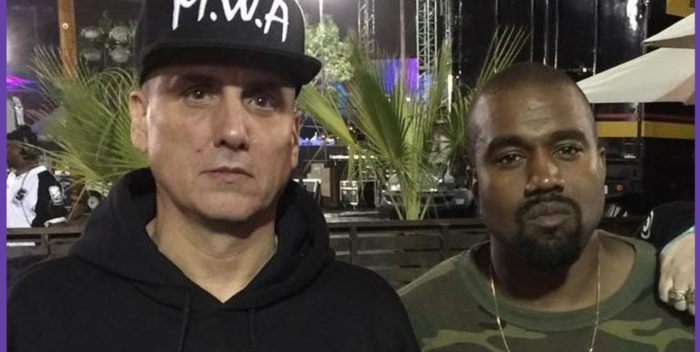 If you’re not up to speed on this, the guy who makes the Kanye West records– produces, records, arranges, etc — is Mike Dean. Kanye can’t compose and doesn’t play an instrument. Mike Dean does all of that.

Dean has two shows of his own this weekend where he’ll be playing synthesizers and show off tracks from his own recent albums. He’s on Twitter, so unlike with Kanye, you can sort of figure out what’s going on.

Dean has signaled that he long ago left the confines of Mercedes Benz Stadium in Atlanta. He’s back in Los Angeles. Kanye’s album, “Donda,” is not a concern for him. It’s quite obvious the album didn’t exist when Kanye announced it, or for either of the listening shows.

Dean, meantime, is paging Phil Collins to come sing on a track for him.

Dean doesn’t like his Twitter followers to pepper him with questions about “Donda.” When a fan compared him to West, he responded: “Why is this A thing. He’s an artist producer. I’m a producer / instrumental artists. Both goats.”

Will “Donda” ever be released? Is Dean still working on it? On Sunday he Tweeted: “I haven’t quit anything. The album continues. Lol. People read too much into tweets. Lol”

So check out Dean’s albums on Spotify, and his shows this Saturday and Sunday at the Echoplex in Los Angeles. There’s also supposed to be a live stream. And “Donda”? At this point, who cares?