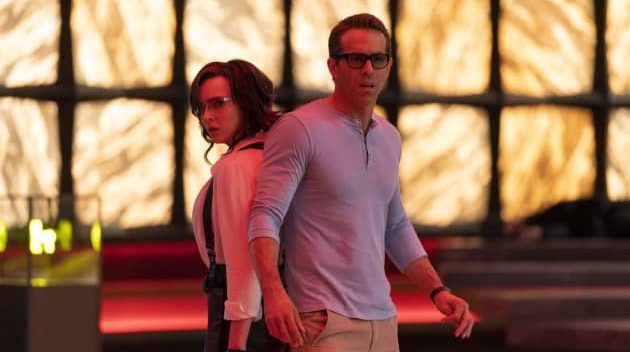 The week’s new movies came in Friday night with baggage good and bad from Thursday previews.

Ryan Reynolds’ “Free Guy” whipped up $8.5 million on Friday, more than expected. Add that to the $2 mil it made Thursday in previews and they’ve got $10.5 million for an opening. Reynolds and crew are looking at $26 million for weekend, about $10 million over expectations.

That’s amazing considering who knows what this movie is even about? It’s a video game comedy. Top critics on Rotten Tomatoes didn’t like it, but bloggers and the NY Post did, giving it a total 81 rating. A second week success seems doubtful, but if people are bored, and it’s hot weather, who knows?

Despite Jennifer Hudson’s incredible promotional efforts, “Respect” is singing the blues. Total Friday including Thursday’s $680.00 comes to $3.6 million. Not terrible, but not great. Predictions were around $9.1 million, and that’s where it should pan out by tomorrow. Somehow United Artists Releasing has to keep this thing afloat long enough to get awards attention. I would have released it as an Oscar special in December, but no one asked me (that’s for sure!). JHud’s good will should keep her in the Oscar race.

Horror sequel “Don’t Breathe 2” came in lower than expectations maybe because it’s the same movie as the first one. Without too much oxygen, the total will be around $1 million less than predicted, at $10 million.

Basically dead but still breathing: “Stillwater,” and “Green Knight.” Amanda Knox didn’t kill her Italian roommate but she murdered the former. “Stillwater” is terrific, and Matt Damon gives one of his best performances. Go see it, and tell Amanda arrividerci!