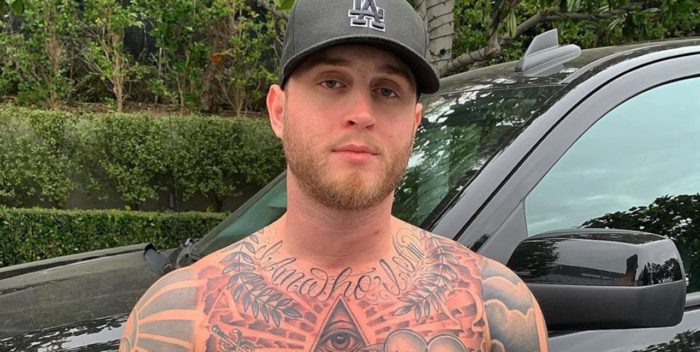 I’ve been reluctant to comment on Chet Hanks. He’s the son of Tom Hanks and Rita Wilson, actually lovely people.

Chet has posted two videos railing against the vaccine even though Tom and Rita were among the first to be diagnosed with COVID and really suffered from it.

For a long time, the regular press wouldn’t touch Chet Hanks, a literal walking disaster area. When he’s done some acting, you can tell he’s talented. But he’s also disturbed. He has a long trail of shenanigans posted to the web. So it was easier just to ignore his antics and celebrate his occasional successes.

But now the UK press is calling him an idiot, and other mainstream outlets are taking him to task. I think they’re all overreacting, frankly.

It’s not easy being the child of superstar parents. We think of Tom and Rita as “perfect.” But they’re humans. Look at Steven Spielberg and Kate Capshaw, their close friends. They’ve got a daughter who appears in adult films. At one time so did actor Laurence Fishburne. Nobody is perfect. Tom Cruise brought his whole family into a religious cult and doesn’t see his now-teenage daughter. I could go on and on.

The Hankses are not going to speak out against Chet. They love him. They’re doing the right thing. We all have to be smart enough to realize at this point, Chet has underlying issues. Let’s not exacerbate them or encourage them. Anyway, I keep hoping he’s pulling our legs, putting us on, maybe it’s an acting exercise. Wouldn’t that be great?