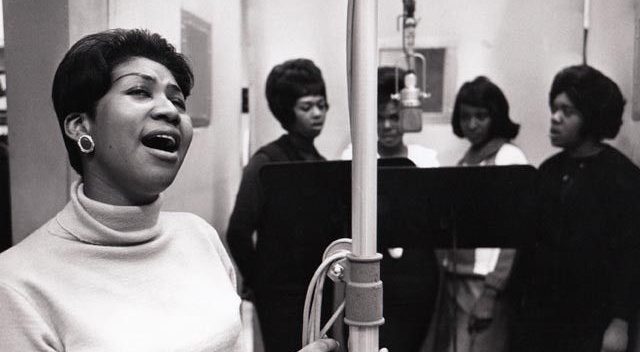 One of the biggest mistakes in the forthcoming Aretha Franklin biopic, “Respect,” is the cutting of her most famous back up singer.

Cissy Houston, leader of the Sweet Inspirations and yes, mother of Whitney, sang on most of Aretha’s Atlantic Records hits featured in the movie which opens Friday. Cissy is still alive, and living in northern New Jersey. But the movie’s director simply ignores her contribution to Aretha’s records — something, by the way, Aretha would never do. Aretha loved Cissy so much she asked her to sing back up for her on her final appearance on David Letterman’s talk show.

In my review of “Respect,” I called out the director, Liesl Tommy, for having Aretha’s sister, Erma, sing Cissy’s most famous part on the song, “Ain’t No Way,” in the movie. I still remember talking to Cissy and her late husband, John, about “Ain’t No Way” back in 1989 at Whitney’s house. It was the first memory they mentioned when talking about working with Aretha.

Years later, I was privileged to be backstage after one of Aretha’s shows when Cissy came to see her. This was after Whitney died. Cissy was ushered into Aretha’s green room– we were all kicked out– so they could have a private meeting to discuss their grief and their decades long friendship. They spoke on the phone all the time but this was a rare chance to see each other in person.

Now Tommy tells Jon Pareles in the NY Times, when asked about the “Ain’t No Way” fabrication: “That is part of artistic license. You can only have so many characters. You have to keep it focused.”

So, so much for making a factual biography.

In her 1998 memoir, “How Sweet the Sound,” Cissy Houston wrote: “I am very proud of that record. Some months later, when we performed “Ain’t No Way” at New York’s Philharmonic Hall, the audience rose four times to give Aretha and a standing ovation.”

Cissy and the Sweet Inspirations sang on at least three of Aretha’s Atlantic albums, providing all of the backup vocals. In that time they also had a big R&B hit with their own song, named for their group. By wiping them out of the movie, Tommy has done the history of soul music a grave disservice that is really disgraceful. And by the way, it wasn’t just Aretha’s records they sang on. In demand everywhere, the Sweets also backed up Elvis all through the 60s and 70s. They sang with David Bowie, as well.

Here’s “Ain’t No Way” and below it, “Sweet Inspiration”: