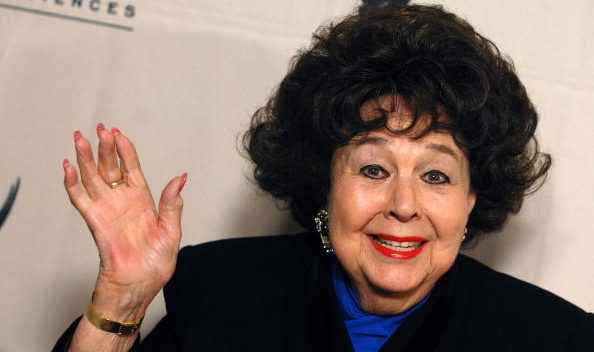 Anyone who was alive and watching television from 1963 to 1974 approximately knows Josephine the Plumber. Jane Withers played character in Comet commercials, possibly 30 a year. She was a one woman blockbuster, and indelibly etched in our minds when TV was just a few channels.

Withers died over the weekend at age 95.

The Comet commercials came to her when she was already 40 years old. She’d had a 30 year career by then at least in movies and TV, and stage work before that.By he age of 21, she’d already made 38 films as a child star. She retired at 21 and got married. Her parents had to relinquish her fortune to her, around $40,000. They’d been squandering the money on themselves. Sound familiar?

After a divorce, she returned to work in 1955, appearing in the classic movie, “Giant,” in 1956. That led to a lot of TV and movie work, and eventually Josephine. The plucky plumber was so popular it made her a fortune. I’m thinking now of the girl from the Progressive insurance commercials, who reminds me of Jane Withers. It’s possible there are 300 Josephine commercials. She was everywhere.

Even after Josephine she went on to a whole new career doing voice work and audio books. She was married twice and had five children. It’s not clear if any of them need to call the plumber!

Thanks for everything, Jane Withers!