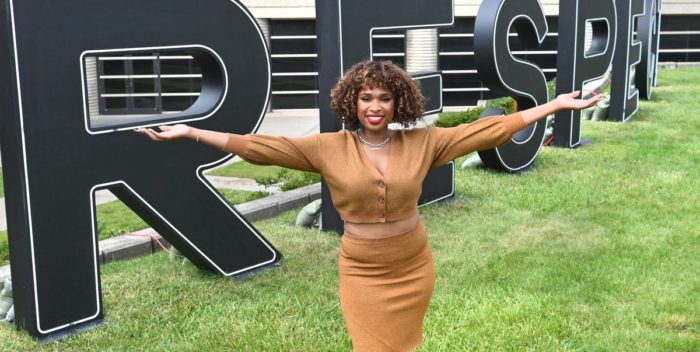 I can’t say whether or not Aretha Franklin really handpicked Jennifer Hudson to play her in her biopic, but she certainly was persuaded to in time by friends and advisors. It was a wise choice.

In Liesl Tommy’s uneven “Respect,” Hudson is the movie, the whole movie, and sings herself into an Oscar nomination, other awards, and maybe the final big gold statue next spring. Her singing and acting are beyond compare, so is her utter devotion to getting Aretha right. Aretha, who was my good friend for a long time, is leading a chorus of Hallelujahs from heaven.

But “Respect” is a wonky movie. Apart from the performances, all of which are creditable, the film is not here for factual correctness. It lives in the world of what I would call “alternative facts.” Those mistakes are not harmful, but they’re just wrong, and I feel bad in particular for people who were omitted entirely or brushed aside to tell a superficial story. They include, most annoyingly, Atlantic Records founder Ahmet Ertegun, top producers Tom Dowd and Arif Mardin, singer Cissy Houston and the Sweet Inspirations, and Aretha’s brother, Vaughn Franklin.

There are also strange choices for music. Aretha wrote two huge hits in this period, “Daydreamin'” and “Rock Steady.” They were her compositions and she was very proud of their success. They are not even referred to in the movie. My point is, if you’re not going to explain her personal life, and make the movie about the music, then really showcase it.

Let’s get back to Jennifer Hudson. She can do no wrong in this film. Not only is she channeling Aretha with her spectacular voice, I also noticed– and you’ll have to take it from me– moments in scenes when Hudson is precisely mimicking Aretha mannerisms and facial expressions. Aretha was a Sphinx in real life. She’d suffered such mental anguish that she’d learned to compartmentalize, partition, and enforce a selective amnesia. This was her mechanism for survival. I can see that Hudson picked it up from the Queen of Soul in her conversations. Her understanding of Aretha’s personality gets a standing ovation.

The biggest problem with “Respect,” though, is the screenplay. Callie Khouri was first hired to write it. Then she was usurped by Tracey Scott Wilson, who’d worked with director Tommy in theater productions. It’s not just that their timelines are bad, or off. They’ve invented things that didn’t happen, needlessly. They’ve created preposterous situations, especially with Martin Luther King. When they didn’t know something, they just made it up. I guess it was just easier.

Of all the music errors, the worst is when Aretha sings the stirring “Ain’t No Way” for the first time. Though Jennifer Hudson’s take on it is note perfect, the performance is undermined by a huge error. On the original record, Cissy Houston, mother of Whitney, leader of the Sweet Inspirations, sings a high contralto operatic juxtaposition to Aretha’s anthem. It’s absolutely gorgeous. In the movie, Cissy and the group are erased. Instead, Aretha’s sister, Erma, sings the part. It’s very disrespectful to history, to Cissy, and to the audience.

Cissy Houston and the Sweet Inspirations sang back up on Aretha’s many Atlantic hits and toured with her for years. When Whitney started to become a star they reconnected, and the relationships deepened. I remember talking to John Houston, Cissy’s husband and manager in the 60s, about the records. They were so proud of all of it especially “Ain’t No Way.” At this point in the movie, I threw up my hands in confusion. There could have been a scene with Cissy singing, and five year old Whitney listening and watching (as she did in real life). The filmmakers missed a great opportunity.

By wiping out Cissy, the filmmakers also missed the connection between Aretha and her eventual cover hit of “I Say a Little Prayer.” Aretha only recorded the song because Cissy’s cousin, Dionne Warwick, had had the original hit with it. It was during a recording break that Cissy and the Sweets sang the song. Aretha picked it up and it was recorded as an album track. No one could have guessed that it would become a perennial favorite.

Eventually, because “Respect” has no overriding concept of where it’s going, the movie just peters out. The final scenes are loony reenactments from Sydney Pollack’s “Amazing Grace” documentary. In the actual documentary– which Aretha tried to block from release before her death– she was startled to see her father and Clara Ward arrive and sashay into the Los Angeles church while she recorded. She was not pleased. In “Respect,” the whole thing has been turned on its head. Now Reverend Franklin (played so well by Forest Whitaker, who can also do no wrong) meets with Aretha backstage before the show and they share a rapprochement that simply never happened. Clara Ward, who Aretha didn’t like, is now her confidant. And so on.

But please, see “Respect” for JHud. She gives the performance of a lifetime. She deserves all accolades. The rest of it, it’s not unenjoyable, and Aretha’s music and her own story will well outlive the movie.