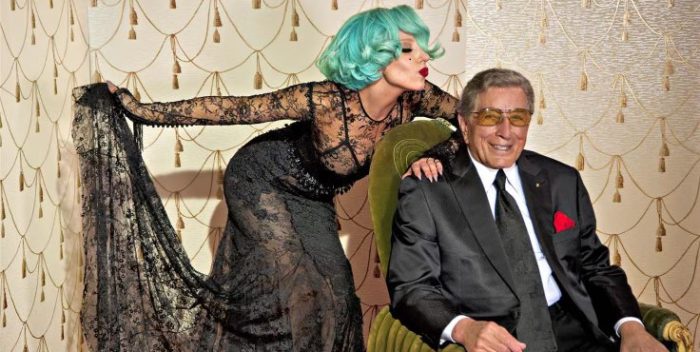 Tony Bennett and Lady Gaga debuted their new video today of “I Get a Kick out of You.” It’s from their upcoming Cole Porter album, “Love for Sale,” due October 1st.

Last night, Tony and Gaga played their second and final show at Radio City Music Hall. On Tuesday they celebrated Tony’s 95th birthday with the first show, which was an absolute delight.

I have no pictures from either event because our phones were locked in pouches and no one has responded to a request for such a photo. I guess they’re holding all of that until the filmed version of the shows pops up, likely also in October and maybe on CBS or Paramount Plus.

They’re using PP’s MTV, a corporate cousin, for a lot of this stuff, as if anyone watches MTV. But the great and legendary Sheila Nevins, who runs MTV documentaries, was at Tuesday’s show, so maybe that’s where all of this is headed.