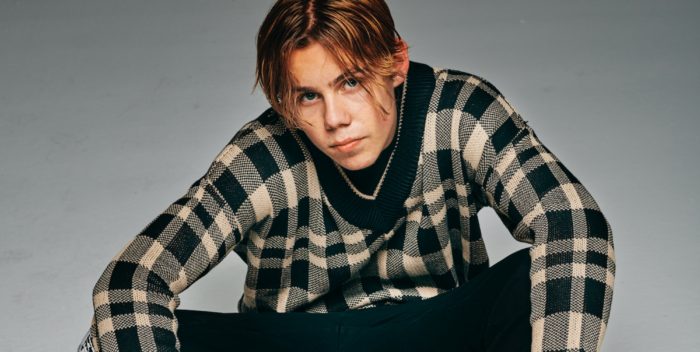 UPDATE This Kid Laroi album is NOWHERE on the iTunes top 100 or 200 this week. It was released a year ago and sold 1.1 million copies on the strength of a single called “Without You.” Why it suddenly spiked in streams this week is a mystery. Very weird and not too kosher.

EARLIER Scooter Braun can claim a couple of records for his debut album from The Kid Laroi. (Look at that mug in the picture. Isn’t he a gem?)

Kid’s debut album, “F**k Love,” came in at number 1 as one of the lowest selling albums ever to achieve that position.

And the title of album is the first I can think of to contain a four letter, unprintable word in the title.

So really, congrats. It’s like the Beatles or Madonna or something. What distinctions!

“F**k Love” sold just 80,315 copies but not really. Almost all of them came from streaming. Only 1,885 were paid downloads or CDs (not sure if they actually made cDs). Kid Laroi will be an oldies show in 2 years.

The actual number 1 selling album in downloads and CDs;? Why Paul McCartney’s “McCartney III Imagined” with 21,427 copies. Yes he was in the Beatles.