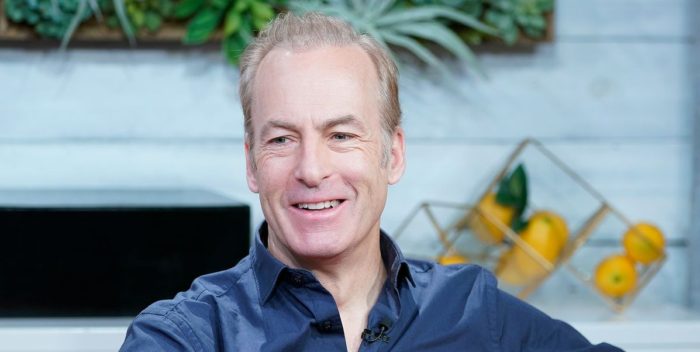 Bob Odenkirk Tweets from the hospital that he’s going to be ok. Odernkirk collapsed on the set of “Better Call Saul:” earlier this week in New Mexico. He was rushed to the hospital. A day later, it was announced he’d had a heart attack but his vital signs were good. Now he says he didn’t have to have surgery, but I suspect he may have had stents placed in his arteries. His blockage was fixed. I’m sure People magazine will have his plaque on the cover next week. Whew!!!!

“Hi. It’s Bob.
Thank you.
To my family and friends who have surrounded me this week.
And for the outpouring of love from everyone who expressed concern and care for me. It’s overwhelming. But I feel the love and it means so much.
I had a small heart attack. But I’m going to be ok thanks to Rosa Estrada and the doctors who knew how to fix the blockage without surgery.
Also, AMC and SONYs support and help throughout this has been next-level. I’m going to take a beat to recover but I’ll be back soon.”

Thank god. Bob, take all the time you need. 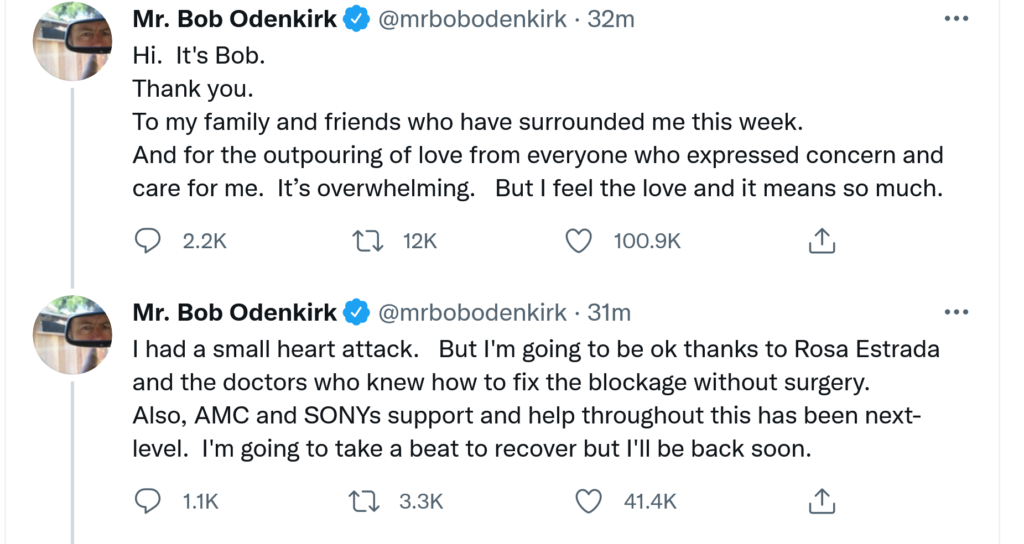