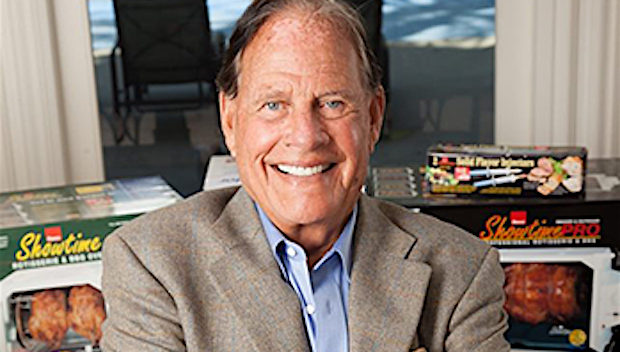 I was very sorry to hear that Ron Popeil, the original TV pitchman and Rube Goldberg of our time, has passed away at age 86. I actually spent quite an evening with him years ago. 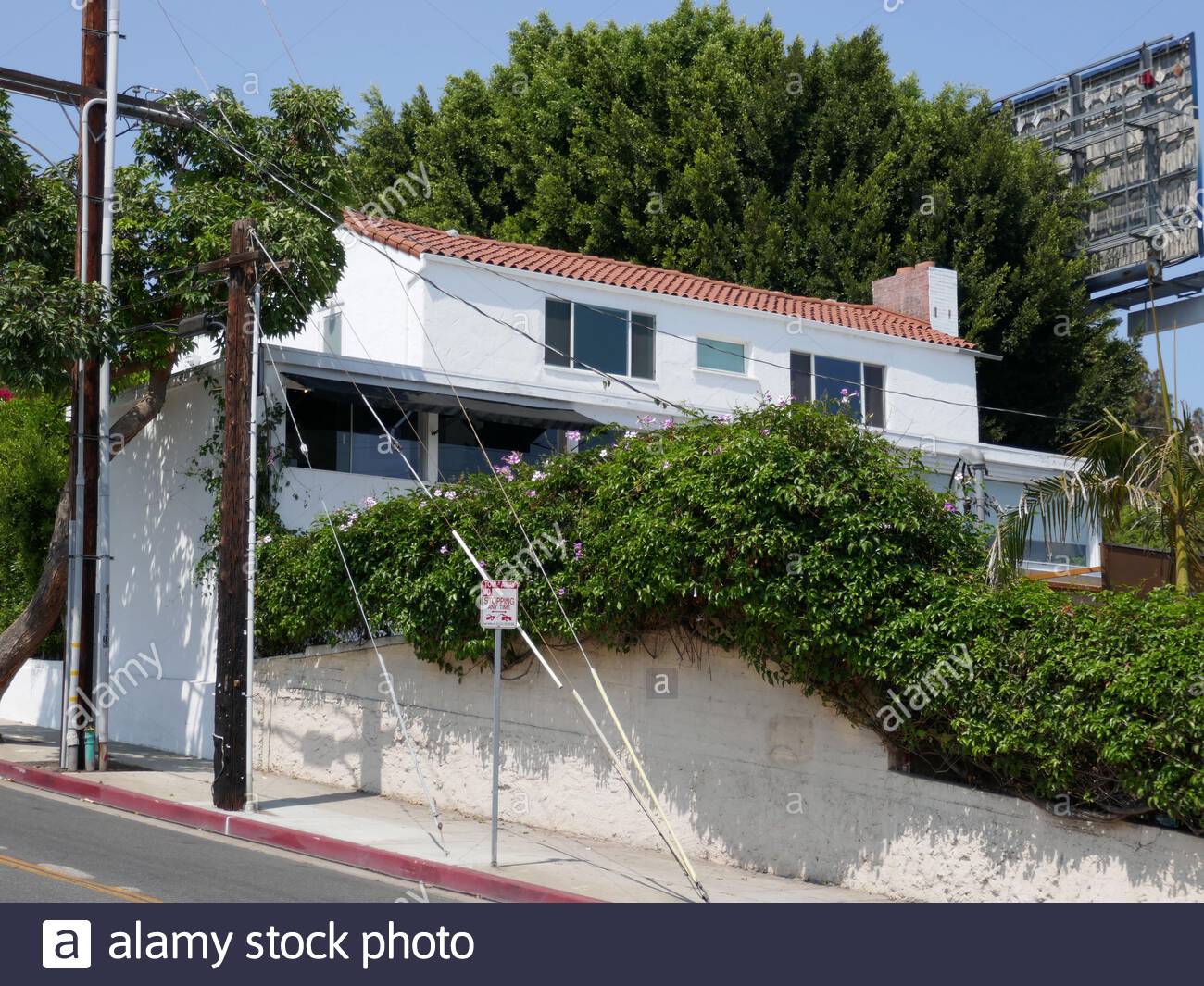 It was 1994 or 95, I was staying at the Chateau Marmont (not so expensive then) and covering the OJ Simpson trial. A bunch of friends and I had taken a large round table at Spago, the original version up on Horn Avenue above Sunset Boulevard and Tower Records in West Hollywood.

After a few cocktails and discussion of OJ, and my friend Dominick Dunne who was also staying at the Chateau and covering the trial so eloquently, I stood for  moment. Looking out the big windows I could see a familiar face handing his car keys to the valet.

“Oh my god, it’s Ron Popeil, the guy with the spray on hair!” I cried. Indeed, Ron and his hair spray were then a constant on television, the infomercial of all time. As a long time victim of male pattern baldness, I’d sometimes, in the middle of the night, considered ordering a package from him.

I ran to the front door and stopped him with a jolly introduction and handshake. “Does that stuff really work?” I asked. He didn’t flinch. With a big smile, he responded, “It sure does. Wanna see?” He turned and ran down the hill, went to his car and returned with a kit containing all the necessary ingredients.

I doubt Wolfgang Puck remembers all this after 25 or more years but the restaurant was crowded and he was just greeting Hollywood legend Lloyd Bridges and his great actor son Beau Bridges as I returned to my table with Ron Popeil. There was a lot of excitement as we all collided. When the unfolding situation was explained, Lloyd Bridges — who I think of not from “Sea Hunt” but from “Airplane!” — said, “I want to see this!”

Ron and I quickly ran into the nearby men’s room, just beyond us on the main floor. I leaned over the sink in front of the mirror, and he took the cannister– which looked like the kind of spray paint you’d use for graffiti or applying on an outdoor aluminum table — and away he went. I do remember the odor was not pleasant, and the fibers that were emitted were heavy as they landed on virgin scalp, a small round spot on the top of my head that been growing larger, ominously, for several years.

I also remember laughing a lot, and Ron being very serious. I think he did actually say, “Now hold still.” I was worried about him getting the stuff on my nice suit jacket and white dress shirt (after all, I’d come from the courthouse downtown).

We emerged victorious, and returned to the table as the center of attention. Wolfgang, my guests, the Bridgeses, and anyone else who happened to be there, clapped as I showed off my new head of full, fake dark brown hair. There were no cameras, no phones, no cameras in phones, nothing to record it all. Just our memories, and Lloyd Bridges marveling at my head the way he’d looked with wonder in “Airplane!” after sniffing some coke.

Ron Popeil, I remember, was tall and very jolly, He smiled widely, lots of teeth, he was thrilled. He gave me the kit, I have no idea what happened to it, But we’d stopped the show at Spago, which was hard to do considering all the A listers going back and forth dining on smoked salmon pizzas and trying to make movie deals. My group was very impressed. A few of the women held up mirrors from their handbags.

“How does it feel?” they all kept asking. Well, it felt like I had a head of plastic.

What I do remember is getting back to the Chateau and standing under the shower nozzle in the old fashioned bathtub. As the water poured down on me, glops of brown gunk fell into the tub. For a moment the whole bottom of the tub was the color of Valhrona chocolate, which might have also been our dessert that night. It took a few minutes to wash it all off my head and then get it down the drain. Earlier martinis softened the blow. I was back to being bald.

So RIP Ron Popeil. I never saw him again, but we had a story I’ve dined out on ever since. It gave me a good anecdote to tell Dominick Dunne, whom I drove down to the courthouse the next morning. He had probably had had dinner with Johnny Cochran or Judge Ito, god knows. But I’d had a moment with Ron Popeil, inventor of the Pocket Fisherman at the hottest spot in town. And Lloyd Bridges was there! You couldn’t do better than that!