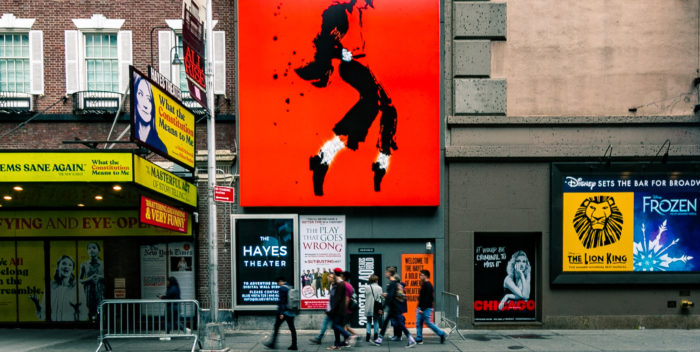 “MJ: The Michael Jackson Musical” is suffering at the box office.

Advance sales are very poor so far because tourists are restricted from traveling to New York.

Most travelers from European countries, Britain, and many other countries are banned from entering the US right now depending on vaccinations, etc.

The result is all Broadway shows are suffering a lack of advanced sales. “MJ” isn’t alone, but the news isn’t good.

Aside from a couple of well sold Saturday nights in December, the shows are largely empty so far. On Ticketmaster.com, the seat maps are seas of blue dots waiting for purchase.

A website called StacyKnows.com just sent out a message saying they have a chunk of tickets available for December 9th, for $140. The first preview, on December 6th, still has a number of seats for sale.

It’s surprising, too, because Michael Jackson is on target to sell almost a million albums this year, half of which are copies of “Thriller.” His popularity is not an issue.

But the tourism restrictions, the prices, and fear of sitting in theaters is clearly inhibiting audiences from making plans.