Van Morrison has been forced the government of Northern Ireland to cancel upcoming concerts in Ulster.

He’s angry that people are being prevented from getting COVID in super spreader situations. He’d rather they got together and sang “Moondance” between gasping coughs.

Van doesn’t care about science or safety. He’s just upset about “draconian restrictions.” Maybe he can play a gig at Eric Clapton’s house. 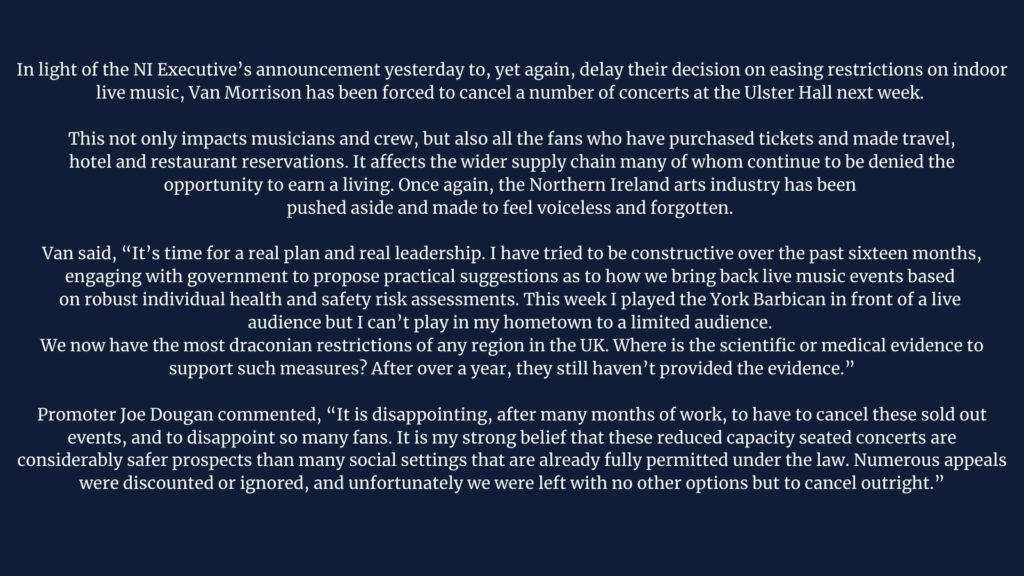