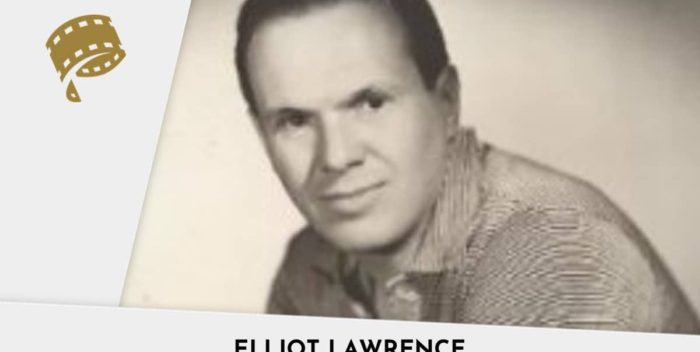 The composer, jazz musician, big band leader, Elliot Lawrence, died on July 2nd at age 96. He won 9 Emmy awards in his lifetime and a Tony Award. (He was nominated twice.)

Lawrence was musical director for 10 Broadway shows including “How to Succeed in Business without Really Trying,” “1776,” and “Bye Bye Birdie.”

Because of his amazing resume, he would probably laugh that I’m citing this, but he was what I would call the Bernard Herrmann of soap operas. From the mid 70s to the mid 80s he was the composer and music director for the Procter & Gamble soaps, “The Edge of Night,” “As the World Turns,” “Guiding Light,” and “Search for Tomorrow.”

Here’s a great interview with Lawrence.

Working like Hermann with a little Henry Mancini thrown in, Lawrence what might be the quintessential soap theme for “The Edge of Night.” Gothic and mysterious, the theme stood on its own as a little work of genius. Contemporary to it was his update for “As the World Turns.”

Here’s the link to his official obit.

First, listen to his “real” work, like this beautiful jazz composition from 1958

and “Elevation,” his jazz hit collaboration with Gerry Mulligan

and then who knew that soap operas would benefit from his musicianship?