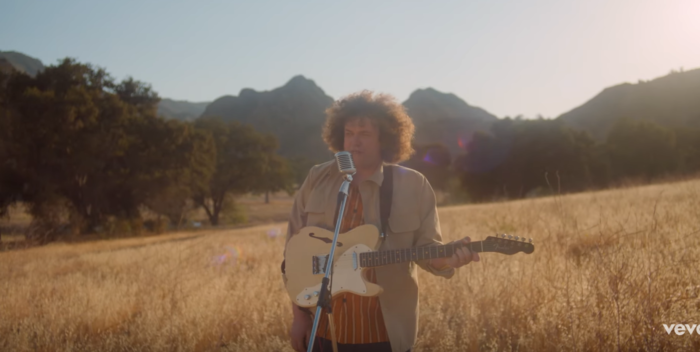 Dylan progeny are everywhere! In the same week that his uncle Jakob Dylan released a new Wallflowers album comes an EP from Bob Dylan’s grandson, Pablo (his dad is Jakob’s brother Jesse, the filmmaker).

The EP is called “Fortitude,” and it’s Pablo’s second EP this year following “Solitude.” The song is called “Ward No. 9” and he says it’s inspired by George Floyd. You can read his comments below from Instagram.

Pablo is named for Nobel Prize winning poet and politician Pablo Neruda. Give him a chance. The hardest thing is for the aforementioned progeny to strike out on their own. He’s in the family business!