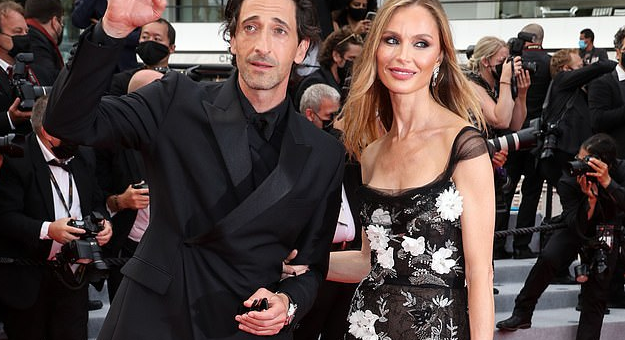 And so Harvey Weinstein’s ex-wife, Georgina Chapman, hired a gourmet chef for this order.

For years, Chapman attended the Cannes Film Festival as the wife of Harvey Weinstein, walking the red carpet and attending the most glamorous parties with the movie mogul. Her husband even persuaded his various female stars to wear Chapman’s Marchesa gowns for publicity.

But then it turned out Harvey was living a double or triple life. He is now in prison for 23 years after being convicted in New York in 2020 of rape and criminal sexual assault. She got primary custody of their two small children and a settlement of around $20 million.

That wasn’t enough to assuage Chapman, evidently. How could she really stick it to Weinstein, in prison, reportedly with deteriorating sight and all alone? Why not go to the Cannes Film Festival with a movie star? And kiss him on the red carpet?

The Daily Mail reports that’s exactly what Chapman did yesterday with actor Adrien Brody,  who appears in Wes Anderson’s “The French Dispatch.” Getty Images captured the lovers stopping for the cameras and making quite a scene on the red carpet, unnecessarily, but just enough to send poor Harvey a message behind bars.

Poor taste? I’d say so. When Chapman married Weinstein she had no business and no money. He may have done terrible things, but he also put her on the map and gave her a lavish lifestyle. Living well would have been the best revenge. Just appearing on the red carpet with Brody would have been enough of a stab to the heart. The kiss was a painful turn of the knife through the rest of the organs. 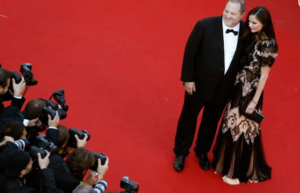 Brody, as I reported exclusively earlier this summer, will appear in HBO’s “Succession” this coming season, his first foray into American television.