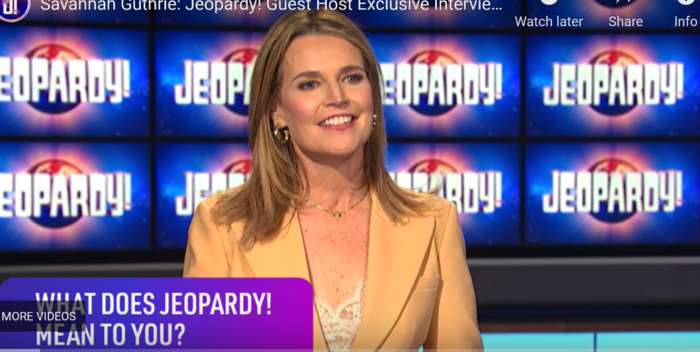 “Jeopardy!” is still in a lightning round for bad ratings.

Savannah Guthrie’s second week of guest hosting improved a bit over her first week, but still stayed under 5 million viewers.

Still, “Jeopardy!” remains a million or more viewers off from the beginning of the year.

This week, Dr. Sanjay Gupta is wrapping up his second week of guest hosting. For the next two weeks we get first George Stephanopolous and then Robin Roberts, both from “Good Morning America.”

Then, finally, on July 26th, there’s one week of LeVar Burton. Burton feels divinely appointed to the job of permanent host. That remains to be seen. GOAT Ken Jennings, already a consulting producer on the show, who had the highest ratings of any guest host, remains waiting in the wings.