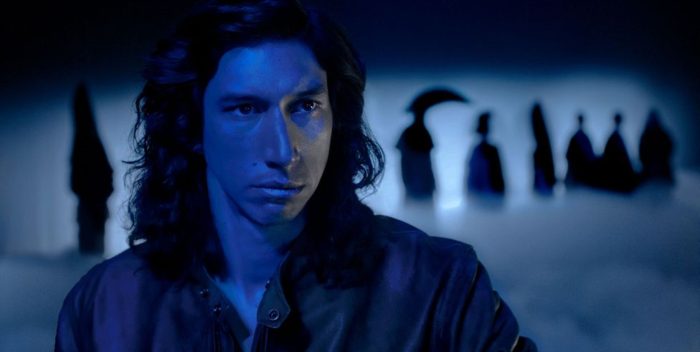 The star of Cannes opening night film, “Annette,” skipped town first thing this morning, French time. He didn’t stick around for the press conference that always follows the press screening of a competition film.

Driver is soon to start shooting Noah Baumbach’s new movie in Cleveland. But it’s unlikely he couldn’t have gotten a few days off to promote “Annette.”

Instead, he gave the foreign distributors of “Annette” basically one day in Cannes– for the photocall, the wave from the red carpet, the appearance at the premiere. And then, poof, he was gone.

Reviews called the movie, directed by Leos Carax, basically insane, over the top, wacky, and audacious. This was all code for “bad” and “self-indulgent,” words reviewers don’t use when they are trapped at a film festival for 10 days.

My favorite comments came from some of my colleagues who saw it yesterday and observed that “Annette” was likely not Oscar material, which was code for “are you mad?”

Only 2 of them, David Rooney of The Hollywood Reporter and Jonathan Romney of Screen International, were brave enough to give “Annette” a ‘rotten’ sign on Rotten Tomatoes. Sixteen others assigned it a ‘Fresh’ standing even though their reviews indicated otherwise. Wait til “Annette” meets the public next month. Reviewers will be singing a different tune, I think.