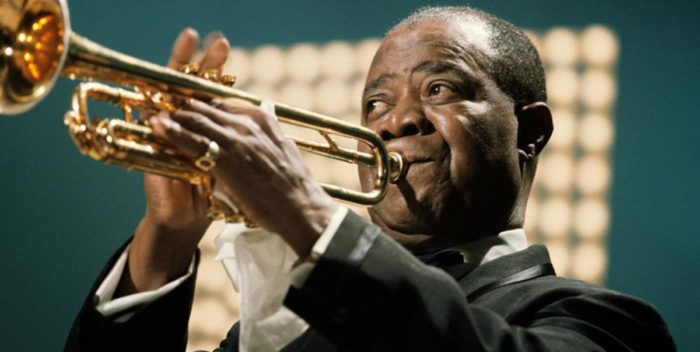 Louis Armstrong died of a heart attack 50 years ago today. He was just 69 years old. His death was a shock because he was still at the top of his game. The jazz legend was starring in the movie version of “Hello, Dolly!” where he got to sing his smash hit, the title song, from 1964.

Armstrong wasn’t crazy about the song, but it was such a big hit in ’64 that it held off the Beatles as they made their famous invasion of the charts. The man who’d innovated, influenced and revolutionized music spent seven weeks at number 1 on Billboard with a Broadway show tune. As much as the musical it came from was a hit and raved about, Louis’s record immortalized it.

In 1987, Barry Levinson gave Louis a little unexpected revival by including “What a Wonderful World” in “Good Morning Vietnam.” The record took off like people had never heard it before, even though it was 20 years old. It had never been a hit in the US. It’s since become a classic. You can think Barry. Thank you, Barry.

When I was about 12, the great Nat Hentoff published a terrific little paperback about Armstrong. I still have it somewhere, but it seems to be not only out of print but vanished into thin air. Too bad. He’s mentioned in Hentoff’s “At the Jazz Band Ball,” which you can get on Amazon and must for a great read, also Hentoff’s “Jazz Is.” But that little paperback, I gobbled it up, and started finding Armstrong’s records.

But here’s a link to a bio of Louie, who was raised by a Jewish family. All his influences made him the towering artist he became. We wouldn’t be where we are in American culture without him.

On a personal note, my late friend DA Pennebaker revered Louis Armstrong. They might have met, but I don’t think so. If there is a heaven, the two of them have not stopped talking. Up in the Cosmos, Louie is playing with his band and Penny is trailing around making a documentary about him.

“A Jewish family Karnofsky, who immigrated from Lithuania to New Orleans, took pity on the 7-year-old boy and brought him to their home.
There he stayed and spent the night in this Jewish family home, where for the first time in his life he was treated with kindness and tenderness.
When he went to bed, Mrs Karnovski sang him Russian lullabies, which he sang with her.
Later he learned to sing and play several Russian and Jewish songs.
Over time, this boy became the adopted son of this family.
Mr. Karnofsky gave him money to buy his first musical instrument, as was the custom in Jewish families.
Later, when he became a professional musician and composer, he used these Jewish melodies in compositions such as St. James’s Hospital and Go Down Moses.
The little boy grew up and wrote a book about this Jewish family, who adopted him in 1907. And proudly spoke Yiddish fluently.
In memory of this family and until the end of his life, he wore the Star of David and said that in this family he learned “to live a real life and determination.”
This little boy’s name was Louis Armstrong.”