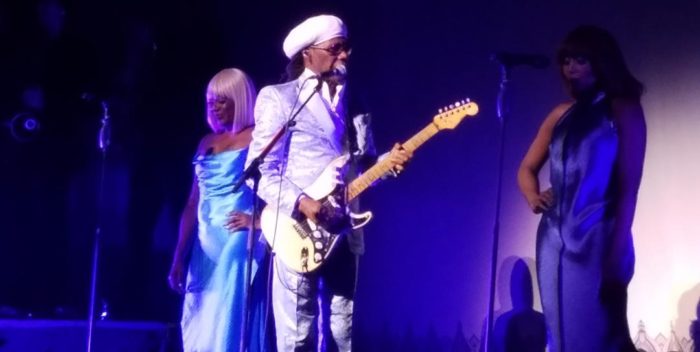 Nile Rodgers– who’s just set up shop in Miami — has the number 1 hit in the UK today. He plays on and produced Jack SAvoretti’s disco smash, “Who’s Hurting Who.”

Savoretti’s album, “Europiana,” debuts at number 1 today on the British charts, and “Who’s Hurting Who” is everywhere on UK radio.

Savoretti told MusicTalkers.com: “It’s my take on the great Kris Kristofferson’s song ‘Nobody Wins.’ About behavior I’m all too familiar with, but hopefully is behind me. It’s a serious song in shiny packaging.”

It’s no coincidence Nile Rodgers is involved in making the song a number 1. He has a long history of them, from David Bowie’s “Last Dance” to Daft Punk’s “Get Lucky.” Congrats on more!

Now, where is the US release for Savroretti? Coming soon, I’m sure. And make it snappy. “Who’s Hurting Who” is a summer classic!

Huge congrats to @JackSavoretti! The UK's #1 album this week is #Europiana ft our song together, "Who’s Hurting Who"!