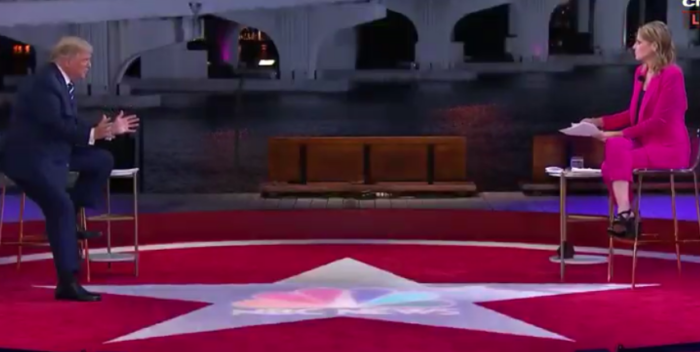 After recovering a little with Mayim Bialik’s second week, “Jeopardy!” tumbled to its lowest ratings ever the week of June 20th.

With Savannah Guthrie running the show, the Emmy winning game show fell to 4.7 million viewers. That’s the all time low, and lowest of all the guest hosts as well.

I don’t know why, because Savannah was terrific. She was patient and funny and engaging. But the hardcore “Jeopardy!” fans didn’t like her, obviously.

I’m using a picture here of Savannah when she was devastating with the former guy in the White House. Still a high water mark.

So “Jeopardy!” continues to suffer. LeVar Burton told the NY Times this week that he’s destined to be the permanent host. He doesn’t get his tryout for another month. We’ll see how that all works out.